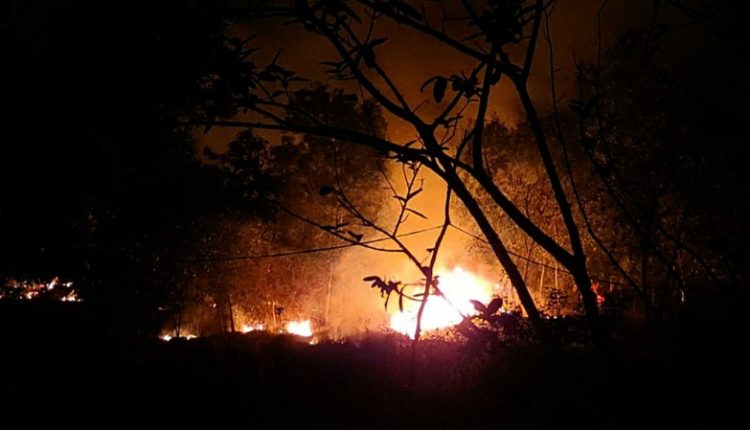 TNI Bureau: After Union Minister Dharmendra Pradhan expressed concerns and took to Twitter on the issue of forest fires in Mayurbhanj district, Union Minister Prakash Javdekar intervened and directed the officials to take immediate action and send a report to him.

The issue of forest fire in Mayurbhanj came to light after Akshita M Bhanjdeo from the royal family tweeted on this. The devastating forest fires in the past one week, is burning Similipal, Asia’s 2nd largest biosphere.

She also cited the incidents including recovery of 50kg of ivory a week ago and reports of presence of sand/timber mafias in Similipal. She also lamented that no national media is covering this issue.

North odisha is being gutted with little to no understanding of this biodiversity hotspot which has major medicinal and scientific reasons for an ancient thriving ecology that supports indigenous communities. No naturalists, conservationists,no media that reports from Simlipal

Mayurbhanj had devastating forest fires this past week, a week ago close to 50kg of ivory was found, a few months ago local youth reported on sand/timber mafias in Simlipal. Apart from a few state media, NO national media is covering Asia’s 2nd largest biosphere burning #simlipal

Distressed to learn about the forest fires raging in Simlipal Tiger Reserve from social media platforms. Request the urgent attention of Shri @PrakashJavdekar and CM Shri @Naveen_Odisha on this alarming situation at one of the most important biosphere reserves of the country. https://t.co/ZvbLRpgq7z

I have ordered officers to take immediate action and report it to me . https://t.co/lVYvfJJlkI