The Kalinga Stadium hosted its first major international tournament in 2014, when it hosted the Champions Trophy, an elite hockey event and has held seven international hockey tournaments ever since. 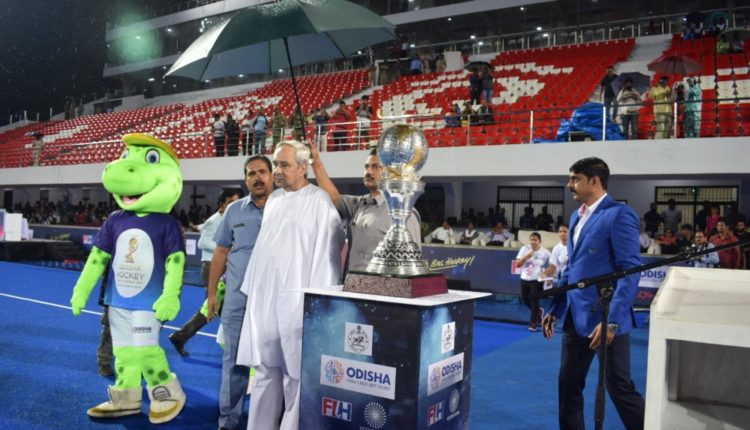 The Kalinga Stadium is a multi-purpose International stadium in Bhubaneswar, Odisha, India. Its foundation stone was laid by former chief minister of Odisha Late Biju Patnaik in 1978. It is situated in the heart of Bhubaneswar near Nayapalli area. It has facilities for athletics, football, field hockey, tennis, table tennis, basketball, volleyball, Wall climbing and swimming. An 8-lane synthetic athletics track, high performance centres, and India’s first Olympic standard pink and blue water-based AstroTurf are also included in the stadium.

Chief Minister Naveen Patnaik and his team comprising of Secretary to CM (5T) VK Pandian, Special Secretary to CM & Secretary Sports and Youth Services, Vineel Krishna and former Sports Secretary and current Principal Secretary in the Finance Department, Vishal Dev worked hard to develop Kalinga Stadium as a big sports destination. Kalinga Stadium hosted the Hockey World Cup in 2018 and will host it again in 2023 along with Rourkela.

The 2014 Men’s Hockey Champions Trophy was the 35th edition of the men’s field hockey tournament, Hockey Champions Trophy. It took place from the 6th to the 14th of December. Due to the establishment of the Hockey World League, the event began to be conducted biennially beginning that year, returning to its original format altered in 1980.

Germany won the event for the ninth time after beating Pakistan in the final by a score of 2–0. Australia defeated India 2–1 in the third-place match.

The 2016–17 Men’s FIH Hockey World League was the third and final season of the men’s field hockey national team league series. The tournament began in April 2016 in Singapore and concluded in December 2017 in Bhubaneswar, India.

Excluding the host nation and the five continental champions, the Semifinals of this competition also functioned as a qualification for the 2018 Men’s Hockey World Cup, with the 10/11 top ranked teams qualifying.

Australia won the tournament’s Final round for the second time in a row after defeating Argentina 2–1 in the championship match. India defeated Germany 2–1 in the third-place match.

The 14th edition of the Hockey World Cup, the quadrennial world championship for men’s national field hockey teams organised by the FIH, was held in 2018. It was hosted in the Kalinga Stadium from November 28 to December 16, 2018.

The largest ever drone flying display in India was seen during the inaugural event on November 27, 2018.

Belgium won the event for the first time, defeating the Netherlands 3–2 on penalties following a 0–0 draw in the finals. Defending champions Australia defeated England 8–1 in the third place playoff. India had lost to the Netherlands 1-2 in the quarterfinals. 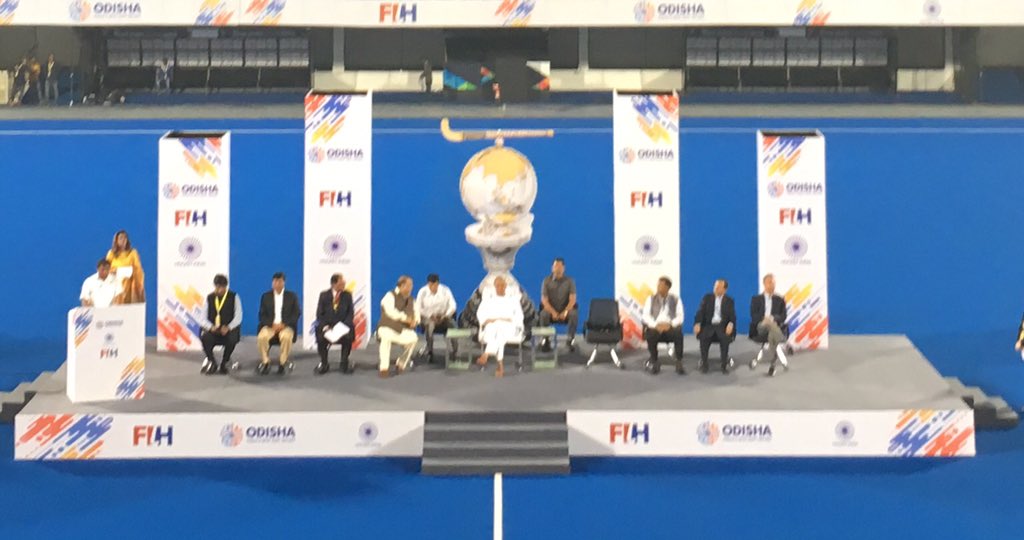 The International Hockey Federation (FIH) had confirmed that the 2019 FIH Series Finals would be held in Malaysia, India, and France. Each event’s top two teams qualifies for the 2019 Men’s FIH Olympic Qualifiers. In India, the matches were hosted at the Kalinga stadium.

Originally, twelve teams were scheduled to compete in the Olympic qualification matches. These teams were to be divided into six groups of two, with each group playing a two-match, aggregate score series. Each series’ champion qualifies for the Olympics. Because Japan won the 2018 Asian Games qualifying twice, once as host and once as Asian champion, there were 14 teams, with seven of them qualifying.

Each of the seven Olympic qualifiers included two teams playing two back-to-back matches, with nations selected based on their standings at the end of the 2018 / 2019 Continental Championships. The qualifications took place in October and November 2019, with the matches being hosted by the higher-ranked of the two participating nations.

The matches in India were held at the Kalinga Stadium.

In the Qualifiers, Indian Women’s Hockey Team faced up against the United States  and won  6–5 on aggregate whereas the Indian men’s hockey team defeated Russia 11–3 on aggregate.

The 2020–21 Men’s FIH Pro League was the Pro League’s second season, and it was the elite men’s field hockey national team league series. The tournament began in January and concluded in June 2021. India went up against Netherlands, Belgiium, Australia at Kalinga Stadium.

On January 18, 2020, India opened the second edition of the Pro League with a 5-2 victory. India defeated the Netherlands 3-1 on penalties in their second encounter in two days.

India began their campaign with a 2-1 victory over World Champions, Belgium. A day later, India suffered their first loss of the tournament against Belgium.

On February 21, 2020, Australia edged India to the post when the two sides met for the first time that season. India was defeated 3-4 by Australia. The next day, India avenged their setback by defeating Australia 3-1 on penalties.