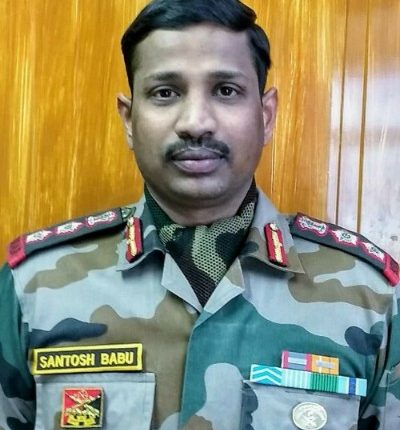 TNI Bureau: The shocking killing of Colonel Santosh Babu, Havaldar K Palani and Havaldar Sunil Kumar in a fierce face-off with Chinese soldiers in the Galwan Valley, Ladakh last night, has escalated the tensions between India and China.

According to statement by the Army, no bullets were fired in the brawl. Instead, stones and clubs were used to attack. While Indian Army confirmed casualties on the Chinese side too, the exact numbers are yet to verified.

The disturbing news of missing Jawans are doing the round. Some senior journalists tweeted that some of them may have been captured. Official confirmation is awaited. It’s also reported that more than 20 Indian Army Personnel were killed in the Chinese attack.

The is the first Combat deaths on LAC in 45 years. The last combat deaths on LAC (Line of Actual Control) occurred in 1975 when an Indian patrol was ambushed by the Chinese troops in Arunachal Pradesh, resulting in the death of 4 Assam Rifles jawans.

Armies of both neighboring countries have been at a standoff for over a month now which was set off by China’s firm resistance to India constructing a crucial road in the Finger area around the Pangong Tso Lake when a connecting road already exists.

The situation was aggravated on May 5th when over 200 Indian and Chinese soldiers were engaged in a violent clash. Following this additional troops were deployed along the Sino-India border including the states of Himachal Pradesh, Uttarakhand, Sikkim and Arunachal Pradesh.

While India has accused China of trying to alter the LAC, leading to the conflict, the Chinese side sought to play the victim card, accusing India of aggression.

WATCH: “I am sad to lose my only Son. But, I am feeling proud that he has sacrificed his life for the nation”, says Manjula, mother of Col. Santosh Babu.