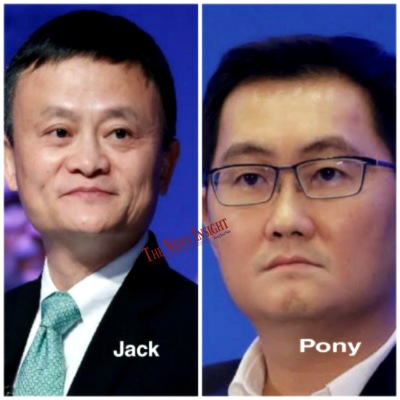 TNI Bureau: For long, Jack Ma of the ‘Ali Baba’ Group occupied the top slot as the Richest Chinese Person. However, during the Corona Pandemic, he was dethroned by another influential Chinese. With $48 billion fortune, Jack Ma is now placed as the 2nd Richest Person of China.

Tencent Holdings made a surprise surge by $40 billion this week, leading to a massive reshuffle of the ranking of China’s richest people. Pony Ma of Tencent, as surpassed Jack Ma with $50 billion fortune to become the Richest Person of China

Colin Huang of PDD (Pinduoduo, a Groupon-like shopping app), is placed third with net worth of $43 billion.

Tencent Holdings is China’s largest game developer. 48-year-old Pony Ma owns a 7 per cent stake in the company and pocketed about $757 million from selling his Tencent shares this year.