KAVACH – The Real Gamechanger in Railways

The armor stopped two trains from colliding with each other from a few distance. 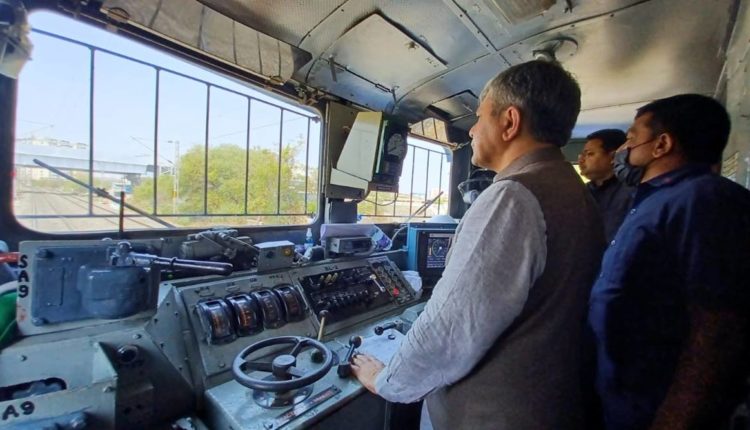 Insight Bureau: Indian railways recently set a milestone by successfully testing the indigenously developed Train Collision Protection System Kavach. The armor stopped two trains from colliding with each other from a few distance.

The test was conducted on the Sanathnagar-Shankarpally section in Sikandrabad, Telangana.

Union Railway Minister Ashwini Vaishnav was present during the test. He was in one train and the Chairman of Railway Board was sitting in the other. Kavach stopped the railway minister’s train 380 meters before the other train speedily coming from the front.

The Railway Minister himself has also tweeted a one minute video of this test. In this, Railway Minister Vaishnav and other railway officials are seen standing in the cabin of the engine while it was getting tested.

Rear-end collision testing is successful.
Kavach automatically stopped the Loco before 380m of other Loco at the front.#BharatKaKavach pic.twitter.com/GNL7DJZL9F

The Ministry of Railways has developed this technology after many years of research. Railways claims that ‘Kavach’ is the world’s cheapest automated train collision protection system. The operational cost of the armor would be Rs 50 lakh per kilometer, while globally the cost of such a security system is around Rs 2 crore per kilometer. High frequency radio communication is used in the ‘Kavach’ system. Once this system is introduced, all trains within a range of five kilometers will stop for the safety of the train parked on the adjacent tracks. The armor is approved for speeds up to 160 kilometers per hour.

Under the self-reliant India in the general budget of the year 2022, the government has planned to bring the rail network up to 2,000 km under ‘Kavach’. In the ongoing projects of South Central Railway, Kavach has been installed on 1098 km route so far. Kavach is also planned to be installed on the Delhi-Mumbai and Delhi-Howrah rail routes, which have a total length of about 3000 km.