India may enter Endemic stage of Covid; Know What does it Mean

When a population learns to live with a virus, it is said to be in the endemic stage. It's a far cry from the epidemic stage, when the virus has engulfed a population. 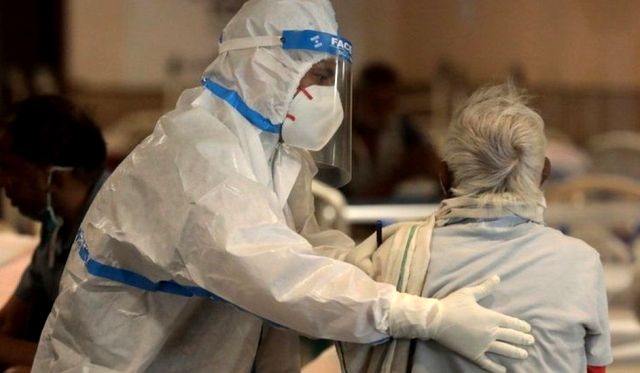 Insight Bureau:  Covid-19 could be entering a stage of endemicity in India, with low to moderate levels of transmission, according to World Health Organization Chief Scientist Dr Soumya Swaminathan.

When a population learns to live with a virus, it is said to be in the endemic stage. It’s a far cry from the epidemic stage, when the virus has engulfed a population. She expressed confidence that the WHO’s technical panel will approve Covaxin as one of the organization’s approved vaccines, adding that this could happen as early as mid-September.

Given the size of India and the diversity of population and immune status in different areas of the country, Swaminathan believes it is “very very feasible” that the situation would continue with ups and downs in different parts of the nation.

According to Swaminathan, “We may be entering some kind of stage of endemicity where there is low-level transmission or moderate level transmission going on but we are not seeing the kinds of exponential growth and peaks that we saw a few months ago.”

“As far as India is concerned that seems to be what is happening and because of size of India and heterogeneity of population and immunity status in different parts of country in different pockets, it is very, very feasible that the situation may continue like this with ups and downs in different parts of the country, particularly where there are more susceptible population, so those groups who were perhaps less affected by first and second waves or those areas with low levels of vaccine coverage we could see peaks and troughs for the next several months,” she added.

She believes that by the end of 2022, “we would be in that position that we have achieved vaccine coverage, say 70 per cent, and then countries can get back to normal”.

Swaminathan stated parents need not panic about the prevalence of Covid among youngsters.

On the use of drugs like Remdesivir, HCQ, or Ivermectin for treatment, she stated that there is currently no evidence that HCQ or Ivermectin play any role in reducing mortality or morbidity in people infected with the virus, or in actually preventing infection, so there are no grounds on which recommendations can be made in the use of either one of those drugs for treatment or prevention.

“Solidarity trial showed Remdesivir does not reduce mortality, it may have a marginal benefit in subgroup of patients who are ill enough to need oxygen but not ill enough to be on ventilation so there may be a marginal benefit but certainly Remdesivir does not do much in stage of moderately or severely ill patients. It is also very expensive. Drugs like Dexamethasone and Oxygen are the two essential ones that save lives,” she added.