As many as 135 people lost their lives in the tragic incident -- primarily women and children. 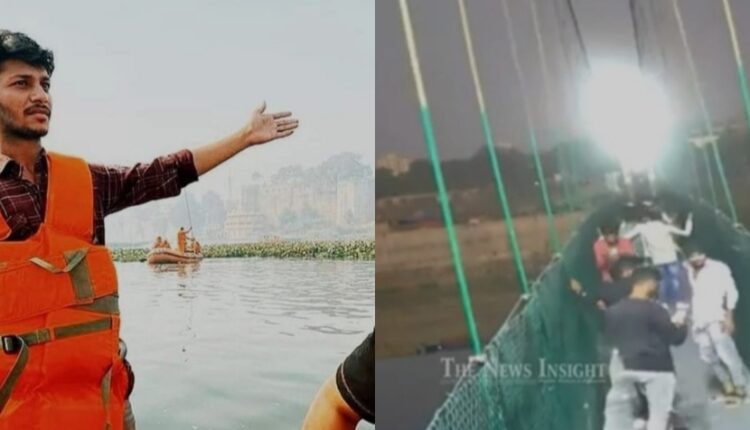 TNI Bureau: The Morbi bridge collapse in Gujarat, which occurred on October 30, has shocked the entire country. As many as 135 people lost their lives in the tragic incident — primarily women and children.

On the evening of the fatal incident, several families, groups of friends, and individuals visited the spot to enjoy the unique features of the bridge and the view from it.

Hussain Mehboob Pathan the hero of the tragic accident who risked his life to save others. Hussain stepped in and saved the lives of over 50 people through his selfless service. The people are now lauding their life saviour for his efforts to save as many lives as possible.

Reportedly, the cable bridge reopened on October 26 after undergoing maintenance work for eight months and had a prescribed capacity of around 150-200 people. Yet, more than 650 tickets were sold on the same day, as per media reports.

According to reports, nine people have been arrested in relation to the tragic incident, of which two are ticket booking clerks and two managers. The government also kept statewide mourning on November 2 and held high-level meetings to push an intensive investigation.