Musk's new course of action has attracted much criticism on the platform. 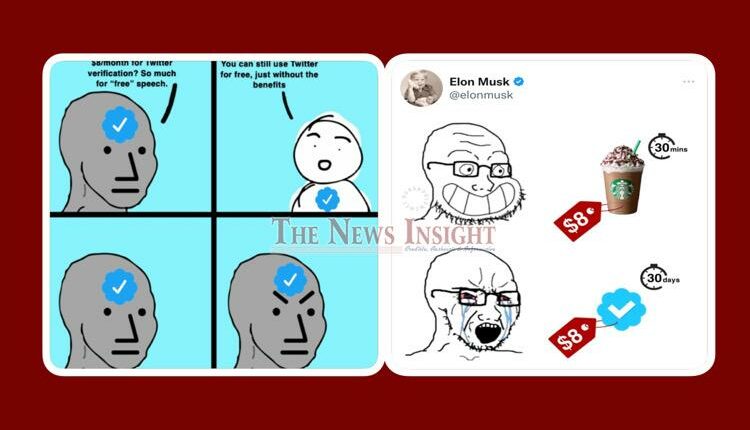 TNI Bureau: Elon Musk announced an $8 fee for the new Twitter Blue subscription and for the first time a Twitter user will have to pay for a verification badge. Musk’s new course of action has attracted much criticism on the platform.

But Musk has a strong reply for all complainants as he recently asked Twitter users to “continue complaining”, but the $8 fee is not going anywhere.

To all complainers, please continue complaining, but it will cost $8

In his tweet, he said, “To all complainers, please continue complaining, but it will cost $8”. In another tweet, he has posted an image representing people paying the same for Starbucks coffee and not agreeing to pay for twitter blue tik as it’s more useful.

Earlier on Tuesday, Elon revealed that Twitter Blue would start charging an $8 fee from users in the US. He further explained the perks of the new subscription-based model. Musk also claimed that the pricing will be adjusted according to the purchasing power parity of the countries it will be launched in.

Elon Musk announced the change in Twitter Blue within the first week of completing the takeover. The new changes are pitched to counter the problem of bots on the platform. Musk also aims to generate a steady source of revenue, apart from just advertisements.