The victim, Salil Tripathi, lived in Budh Vihar with his mother, wife and 10-year-old son and was the sole breadwinner. 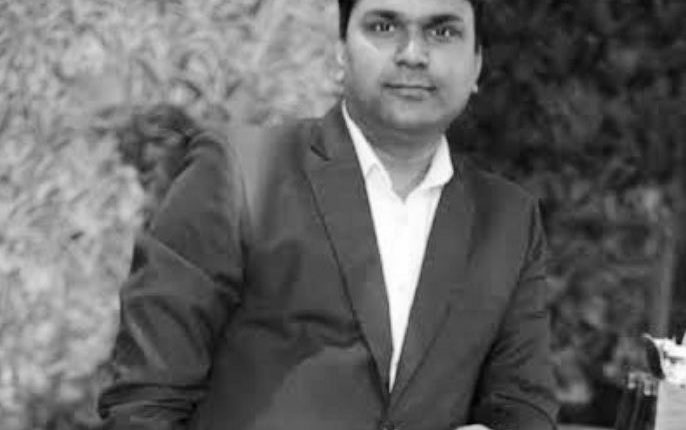 Insight Bureau: 38-year-old Zomato delivery executive Salil Tripathi, who also worked as a restaurant manager earlier to make ends meet for his family, died after a Delhi Police constable rammed his SUV into him. The incident took place in Rohini on Saturday night.

Salil’s 10-year-old son posted a message, seeking a justice for his Papa. The message from this little kid, will bring tears to your eyes. 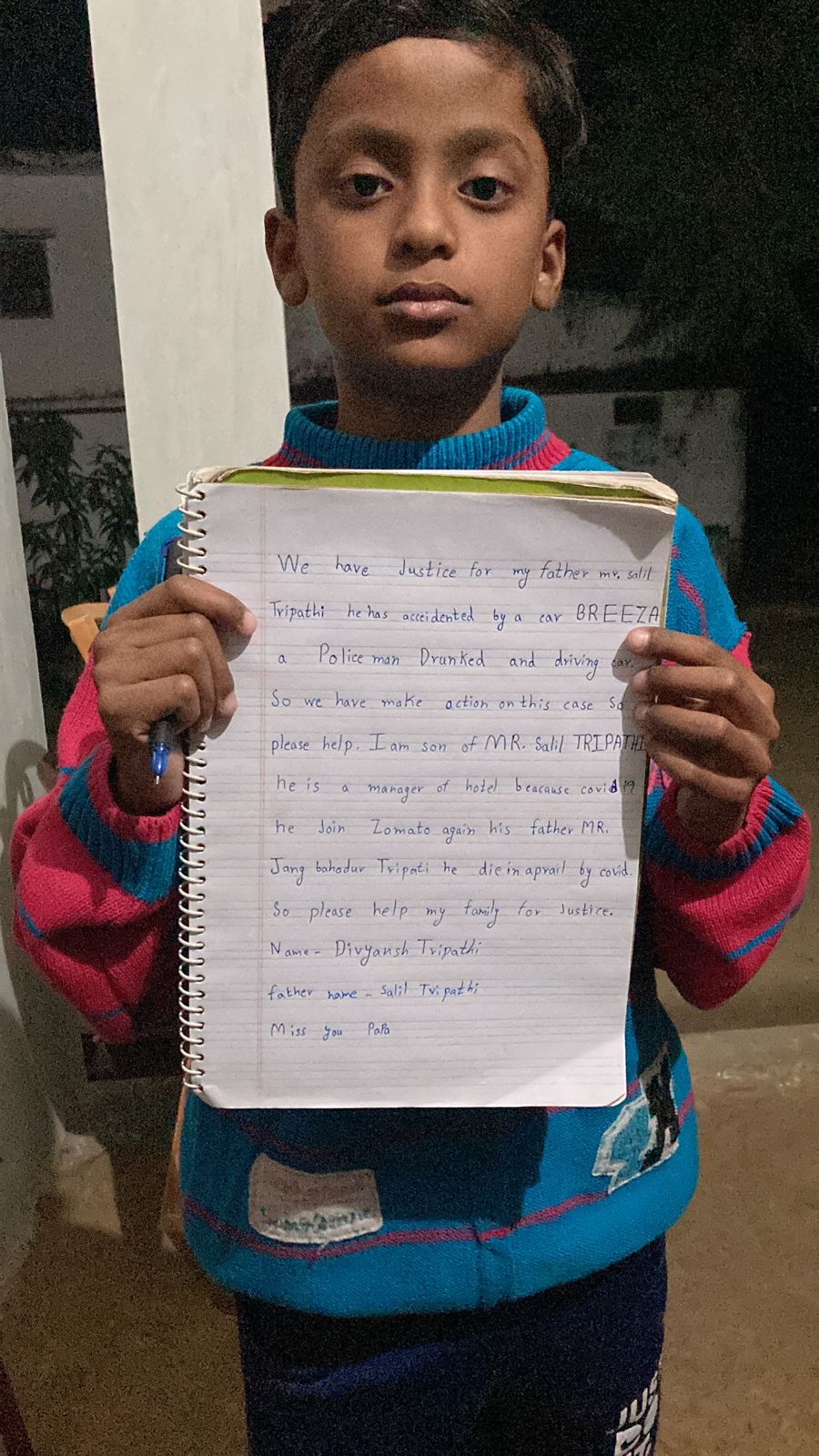 The victim, Salil Tripathi, lived in Budh Vihar with his mother, wife and 10-year-old son and was the sole breadwinner. Salil’s father recently died of Covid, and the family had been struggling financially. Salil worked as a manager at Ricos in Hudson Lane and had taken on the Zomato job to earn extra, said his family.

Police said the constable, Zile Singh, allegedly rammed his car into Salil’s bike near Baba Saheb Ambedkar hospital before hitting a DTC bus. Police are probing if Singh was under the influence of alcohol.

Salil was flung into the air and crashed near the divider. He was rushed to the hospital, where doctors declared him dead on arrival.

Videos from the incident uploaded on social media show locals taking photos of the damaged car. Constable Singh is seen sitting inside in his police uniform and is surrounded by onlookers, who catch hold of him. Locals alleged he was speeding and driving rashly.

DCP (Rohini) Pranav Tayal said, “We had received a call about the accident at 10 pm. A Brezza car hit a bike and a DTC bus. The bike rider, Salil, succumbed to injuries. We have arrested constable Singh and a case under sections of rash driving and death due to negligence has been registered against him.” Police said the constable has been tested for blood alcohol levels.

Salil’s family has demanded strict action against the constable. His cousin Rahul said, “He used to work late nights to help his family. He was on his way to deliver food when the car hit him outside BSA hospital. He suffered multiple injuries. The car driver was reckless… he killed my brother…”

“His family was already suffering because of their financial condition. Now, they have lost Salil. He started working at Zomato two months ago. His father died last year… his wife, son and mother were dependent on him. We are trying to help them, but it’s tough. Salil was a caring and hardworking man. I have fond memories of him dancing at family functions and weddings…,” he said.

Police said Salil’s body was handed over to the family on Sunday after an autopsy.

On Tuesday, several people reached out to the family to help in whatever way they can.

Filmmaker Manish Mundra provided financial help to the family of Salil Tripathi. Manish Mundra donated Rs 4 lakhs to the bereaved family after the demise of the sole bread-earner of the Tripathi family.

Bhubaneswar to get a Woman Mayor