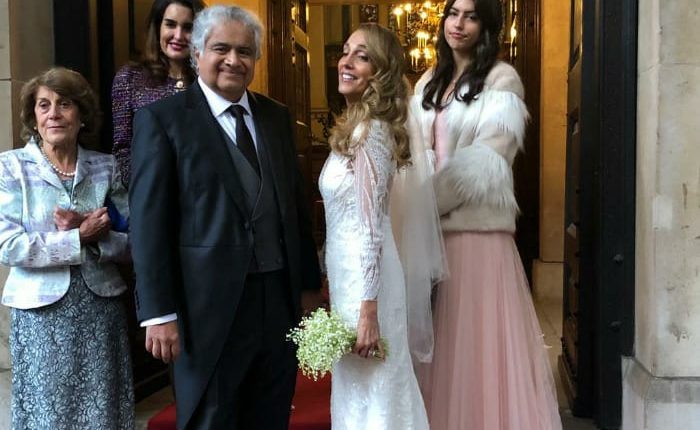 The wedding ceremony of Salve and Caroline was organized at a small church in the presence of few selective guests and family members due to strict Covid-19 regulations. It is reported that Mukesh Ambani and Lakshmi Mittal joined the marriage ceremony online via Zoom.

Salve, the senior advocate, divorced his first wife Meenakshi in June, 38 years after marriage. They have two daughters – Sakshi and Saaniya. Caroline Brossard is an artist of French-Spanish descent in London. She is the mother of an 18-year-old daughter from her previous marriage. It is the second marriage of both.

In January, Salve was appointed Queen’s Counsel for the courts of England and Wales.  He served as the Solicitor General of India from November 1999 to November 2002. He has been associated with many high-profile cases: ITC hotels, Kulbhushan Jadhav case, Ratan Tata, Mukesh Ambani, and the Vodafone.