Under the revised GRAP, polluting activities can be restricted up to three days in advance based on forecasts. 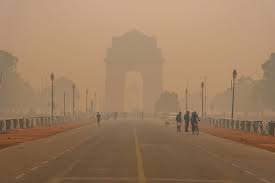 TNI Bureau: A ‘finer’ Graded Response Action Plan (GRAP) — a set of anti-air pollution measures implemented in the country’s capital and its outlying neighborhoods due to the severity of the situation — will come into operation on October 1, and environmental researchers think that primary prevention this year will greatly reduce the number cases of severe pollution.

The GRAP was supposed to go into effect on October 15. The Delhi-NCR Commission for Air Quality Management (CAQM) decided to implement GRAP early, based on suggestions from the public and experts that early action can prevent drastic deterioration in air quality.

Under the revised GRAP, polluting activities can be restricted up to three days in advance based on forecasts.

Previously, the authorities would incorporate the measures only after the PM2.5 and PM10 concentrations reached a certain threshold. This time, restrictions will be based on air quality index (AQI) values.

The environment department will use a new real-time source apportionment system to determine the contribution of all pollution sources in real time.