TNI Bureau: Since last night, many social media influencers have been tweeting images of Rahul Gandhi meeting and showing his affection towards a smiling girl, who they claimed to be Amulya Leona, who had chanted “Pakistan Zindabad” during anti-CAA protests.

Yet again, Rahul Gandhi as well as the Congress were slammed as anti-national, traitors and pro-Pakistan. The image was taken from Rahul Gandhi’s ongoing ‘Bharat Jodo’ yatra.

However, while digging deeper, we found that the image was of Miva Anreleo, who is a student union leader of Congress from Kerala. She had posted this image on her Instagram page with a caption, “Happiest Moment in Ma Life”. “Ma own Raga”, she added futher.

The Fact Check conclusively established that the girl in the picture, is different and not Amulya as claimed. Most of the tweets were deleted after the truth came out. 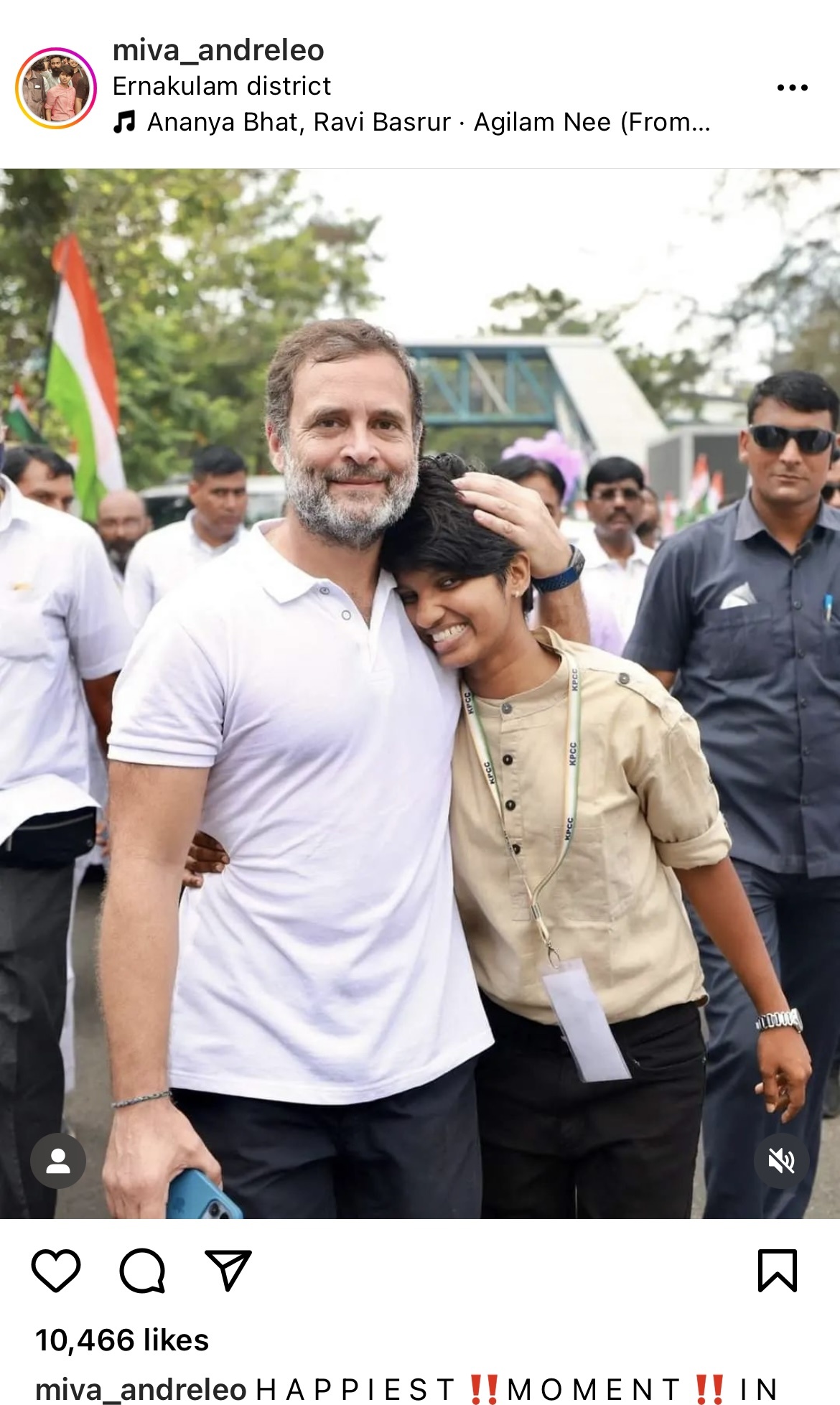