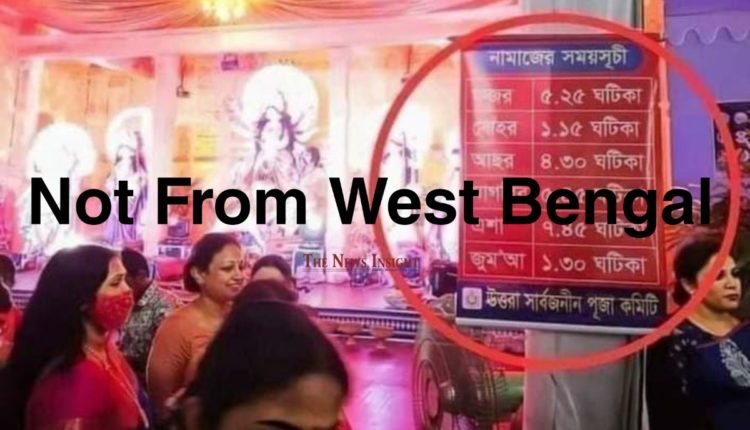 Insight Bureau: A viral image claiming to be from a Durga Puja pandal in West Bengal, has been doing the rounds on social media to incite communal passion. The image claims that restrictions have been placed by puja committee on recitation of mantras, singing of bhajans and performing puja rituals during Namaaz hours.

Posts on Facebook, Twitter and WhatsApp try to incite the Hindus against this and ask why they remain silent and turned mute spectators to such incidents in West Bengal.

The BOOM Live Fact Check has gone into details of the case. They contacted the Uttara Sarbojonin Puja Committee, Dhaka which confirmed that the photo and display board belonged to their pandal.

In order to protect the sanctity of the place and ensure peace and non-interruption, they had displayed the Namaaz times to aware devotees at the pandal about the daily Muslim rituals.

The Committee had also taken the decision to switch off music at the pandals for 20-30 minutes not to hinder the Namaaz times as there were several Mosques around the puja pandal.

Hence, there is no truth in the viral post that the photo was from West Bengal in India. 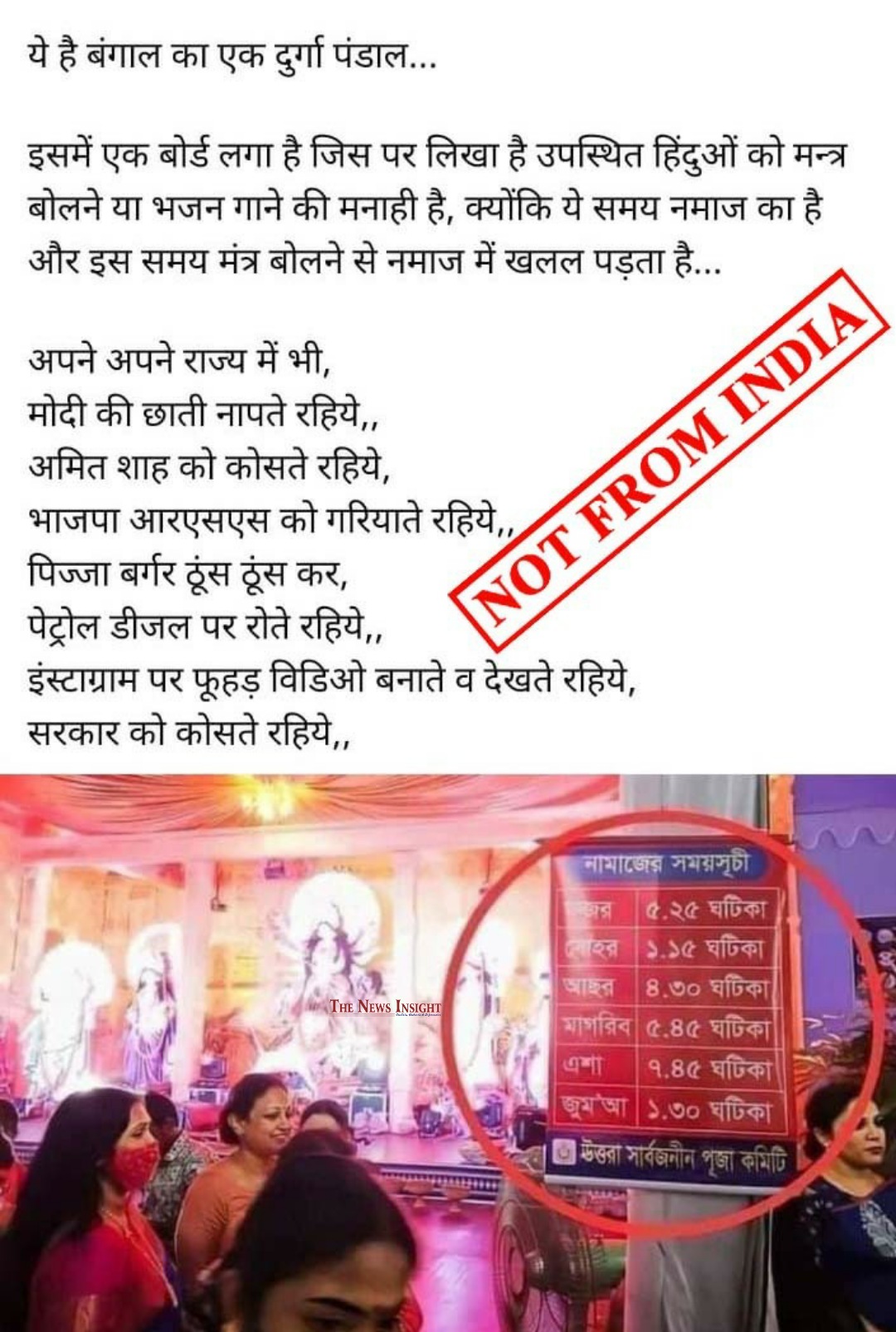