The event honours the passing of the Organization's statutes on this date in 1970, which paved the way for the establishment of UNWTO five years later. 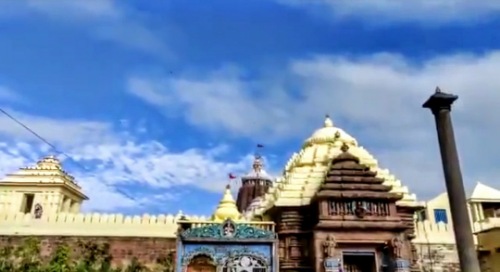 TNI Bureau: 27th of September has been recognised as World Tourism Day since 1980. The event honours the passing of the Organization’s statutes on this date in 1970, which paved the way for the establishment of UNWTO five years later.

At its third session, held in Torremolinos, Spain, in September 1979, the UNWTO General Assembly established World Tourism Day, which will begin in the year 1980.

Odisha is a dynamic country. On one side, there are hill stations, valleys, national parks, beaches, and rivers, and on the other, there are temples and other places of worship. The locales in Odisha deeply value both God’s presence and mother nature’s innate beauty.

Take a look at some of the best tourist place in Odisha.

Puri is the state of Odisha on the eastern coast of India and is home to the Jagannath Shrine, a significant Hindu temple dedicated to Jagannath, a manifestation of Vishnu and one of the trinity of supreme divinities in Hinduism. On the site of other temples in the compound but not the main Jagannatha temple, Anantavarman Chodaganga, the first emperor of the Eastern Ganga dynasty, began building the current temple in the 10th century. The annual Ratha Yatra at the Puri temple is well-known for featuring the three main deities being hauled by enormous, ornately decorated temple cars. The figure of Jagannath is made of wood and ceremoniously replaced every twelve or nineteen years by an exact replica, in contrast to the stone and metal idols seen in the majority of Hindu temples. One of the Char Dham pilgrimage locations, it.

One of India’s top major zoos is Nandankanan Zoological Park. Unlike other zoos in the nation, Nandankanan is situated in a completely natural setting inside a forest. The animals live without fear of becoming the hunter’s target since they are kept in enclosures with lush vegetation that have a forest-like vibe.The distance from Bhubaneswar, the capital of Odisha, to Nandankanan is 15 kilometres. The Biju Patnaik International Airport is located 20 kilometres away while the Bhubaneswar railway station is 18 kilometres away. On prior reservation through the office of the Deputy Director, Nandankanan Zoological Park, tourist cottages inside Nandankanan are only available for overnight stays during the day.

In the Sambalpur area of Odisha, Hirakud, the world’s longest earthen dam, spans the powerful Mahanadi River. It was the country’s first significant multipurpose river valley project since gaining independence in 1947. This man-made building is situated 15 kilometres north of Sambalpur, and the river’s glistening waters are the only thing that can compare to its majesty. A sight for sore eyes is the vastness of the Dam and the waterways around it. Numerous tourists travel to the region to enjoy the scenery and the Hirakud Dam, a work of engineering wonder.

In the eastern Indian states of Ganjam and Odisha, there is a brackish water lake called Chilika Lake as well as a shallow lagoon having estuary features. During the summer and monsoon seasons, the waterspread area of Chilika, which is supplied by 52 rivers and rivulets, varies between 900 and 1165 sq km. The lagoon is roughly pear-shaped, with a length of 64.5 km and a width of 5 to 18 km. A 32 km long by 1.5 km wide waterway that mostly runs parallel to the Bay and divides it into two parts is how it is connected to the Bay of Bengal. The width of the little spit that separates the two parts can vary from 100 m to several kilometres. There are many islands in the lagoon, but the most noteworthy ones are Krushnaprasad, Nalaban, Kalijai, Somolo, and Birds Islands.

The Balasore district of Odisha, India, is home to the Panchalingeswar Temple. Its name derives from the five Shivalinga that are placed inside. Near Nilagiri Hill, the temple is perched atop a mound. During their exile, Sita, the wife of Lord Rama, is credited with enshrining the Shivalingas. Another legend claims that because of this location’s beauty, King Banasura revered the Swayambhu Lingas there. The area’s major draw, a permanent stream, regularly cleanses the Shivalingas as it rushes over them. One must lay flat on a rock parallel to the stream to access the temple in order to touch and worship the lingas there. Balasore and Panchalingeswar are separated by 27.7 kilometres. The coordinates are 21.41 North & 86.71 East.

A well-known Indian temple honouring the Hindu sun god Surya is the Konark Sun Temple. The Sanskrit word “Konark” is a combination of the words “arka,” which means “sun,” and “kona,” which means “corner” or “angle.” In the Indian state of Odisha’s Puri district, Konark is a medium-sized town. It is located 90 kilometres from the state capital, Bhubaneswar, on the Bay of Bengal coast. It is the location of the Black Pagoda, also known as the Sun Temple, which was constructed in black granite during the reign of Narasinghadeva I in the thirteenth century. A World Heritage Site, the temple. The majority of the temple’s structures are now in ruins, but the Sun Temple Museum, which is administered by the Archaeological Survey of India.

Shiva is honoured in the cave temple known as Gupteswar Cave. It is a pilgrimage destination that can be found near Jeypore, Koraput District, in the Indian state of Odisha, around 55 kilometres (34 mi) away. It is a limestone cave, and the enormous Shiva Linga that dominates the interior is its main draw. According to popular belief, Maharajah Veer Vikram Dev discovered the cave after Rama did. Devotees who come to the cave during the holy month of Shravan go barefoot to the shrine pulling adorned bamboo palanquins called “Kanwadiya” and take a wash in the maha kund before worshipping Lord Gupteshwar. To get to the Shiva linga temple, you must climb 200 steps.

Tampara Lake is one of the largest freshwater lakes in the State. The gorgeous lake and the nearby Chilika Lagoon highlight Odisha’s fortunate abundance in biological diversity. While Tampara is a freshwater lake, Chilika is a brackish water lagoon.