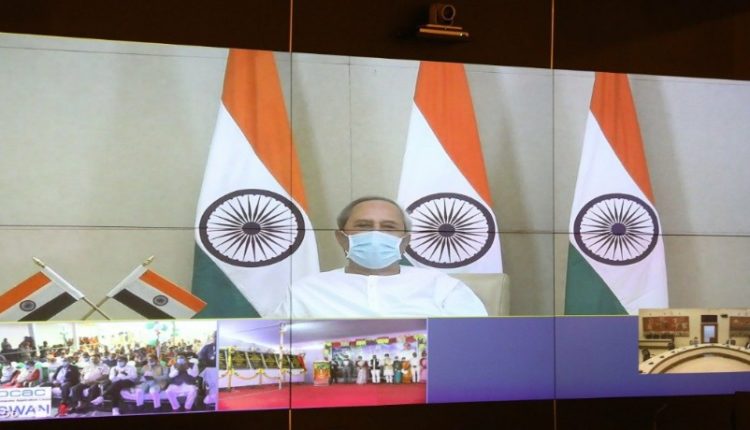 ➡️ BJP leader Golak Mohapatra strongly criticised the statements made by BJD leaders on the allocation of funds under Railway Budget 2021.

➡️ Bhubaneswar DCP of Police Umashankar Dash made a team of six police officers headed by an additional DCP rank officer to investigate the murder case of a woman found beheaded near the Dasapur area.

➡️ 8937 police personnel in Bhubaneswar and 6867 in Cuttack will receive the first dose of the Covid-19 vaccine tomorrow.

➡️ 2nd phase of Covid-19 vaccination to commence from tomorrow in Bhubaneswar.

➡️ PM Swanidhi Scheme: The Government of India has collaborated with food delivery application Zomato for home delivery of street food in 6 cities.

➡️An alleged ‘overground worker’ of Jaish-e-Mohammad at the New Delhi airport following his deportation from Qatar.

➡️ ‘Chakka Jaam’ across India on February 6 from 12 PM to 3 PM. Uttar Pradesh, Uttarakhand and Delhi EXCLUDED. Emergency and Essential Services will be allowed.

➡️ Pfizer to withdraw the application for emergency use of the Covid-19 vaccine.

➡️ Tamil Nadu CM offers a farm loan waiver of 12,110 crores ahead of the state polls.

➡️ 26 killed in clashes between Taliban militants and security personnel in Afghanistan.

➡️ Vote for new Libyan Government at UN talks ends in no result.

➡️ Republican Marjorie Taylor Greene putten off both committees by the house for spreading the hateful and violent conspiracy theory.

➡️ Following the Facebook ban in Myanmar, thousands of people took to Twitter to express their anguish.

➡️ US President Joe Biden made a promising maiden foreign policy speech at the State Department.