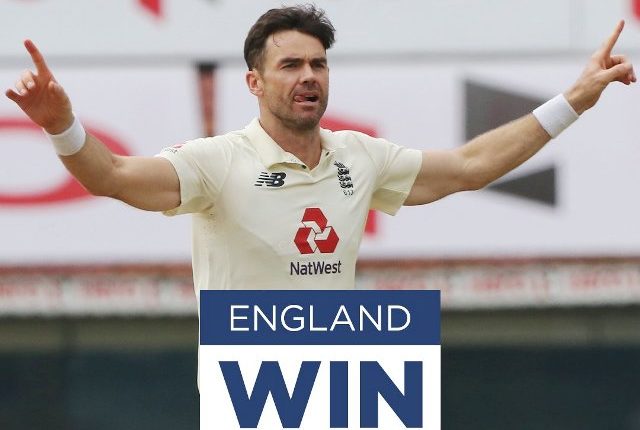 TNI Bureau:  England thrashed beleaguered India by 227 runs in the first Test match in Chennai to take a 1-0 lead in the four-match series.

Chasing a victory of 420, India bowled out for a paltry 192 in the second innings. Shubman Gill (50) and Virat Kohli (72) were the only batsmen to show some resistance.

For England, Jack Leach took 4 wickets, while James Anderson claimed 3 wickets. Joe Root was adjudged ‘Man of the Match’ for the double hundred (218) in his 100th Test match. He also scored 40 in the second innings.