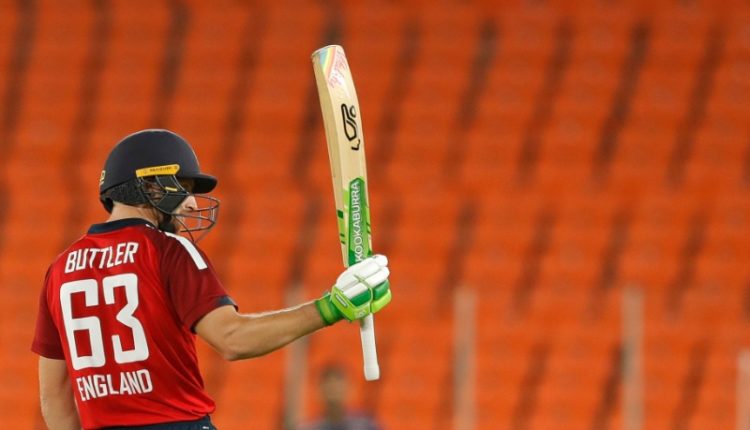 TNI Bureau: Thanks to an explosive innings of 83* by Jos Buttler off 52 balls with 5 boundaries and 4 sixes, England crushed India by 8 wickets to take a 2-1 lead in the five-match series.

Earlier, England won the toss and elected to field first. India managed to score 156/6 in 20 overs. Skipper Virat Kohli was the top scorer with 77 off 46 balls with 8 boundaries and 4 sixes. Rishabh Pant contributed 25. For England, Mark Wood took 3 wickets, while Jordan took 2.

Chasing a victory target of 157, England never had any difficulties and reached 158/2 in 18.2 overs. Buttler remained unbeaten on 83 while Bairstow remained not out on 40.

Jos Buttler was declared ‘Player of the Match’.