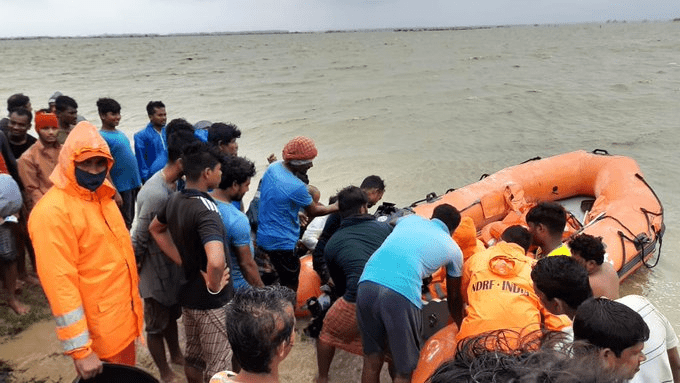 West Bengal Chief Minister Mamata Banerjee said that at least one crore people in the state were affected by the storm’s harsh weather and high flood. According to her, Three lakh houses have suffered damage.

Mamata Banerjee, said that one person who had been rescued had died “accidentally” later. Locals in Talgachari, East Midnapore, are rescued by the Indian Army from flooded areas. All major ports in both states, as well as Kolkata Airport, are closed. Maintaining pandemic protocols in storm shelters would be difficult for local officials due to Covid 19.

The rising water of the Hooghly river surpassed the height of the external lock gate of the Kolkata port’s Haldia Dock System, causing the draught level to rise to around eight metres on Wednesday, according to an official. Water did, however, enter the lock barrel between the external and internal lock gates for less than 30 minutes, causing no damage to ships or assets of the Haldia Dock system in the Purba Medinipur district, according to port chairman Vinit Kumar. Lock gates assist Haldia Dock in maintaining the required berth draught level.

Self Defense Strategies to tackle a Stronger Opponent