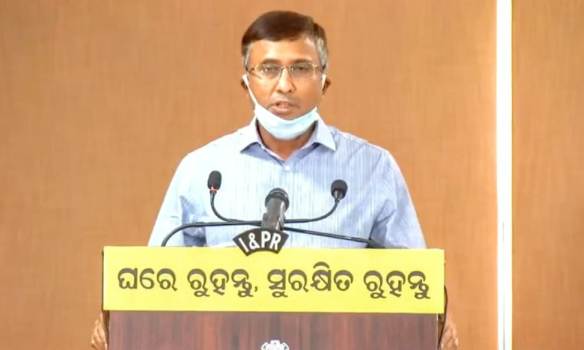 TNI Bureau: In order to contain the spread of COVID-19 outbreak in Bhubaneswar, which is now listed as one of the COVID-19 Hotspots in the country, the Odisha Government has planned 5,000 sample testing in the Capital City over the next 7 days. 7 Testing Labs are currently operational in Odisha.

It was announced by Chief Secretary Asit Kumar Tripathy. He requested the people to cooperate with the authorities during the testing to avoid use of force. The sample testing would be done using static and mobile camps. Capacity of the Testing Labs to be upgraded.

He also announced that spitting in public places has become an offence in Odisha now. Rs 200 fine to be levied in first 3 instances & Rs 500 thereafter. The penalties would be imposed by Civic Administration as well as Police Officers.

? Bhubaneswar has been classified into 3 Zones. 6 Senior IAS Officers are in charged as announced earlier.