The cheetah is the only large carnivore to be completely extirpated in India, largely due to its use for coursing, sport hunting, overhunting, and habitat loss. 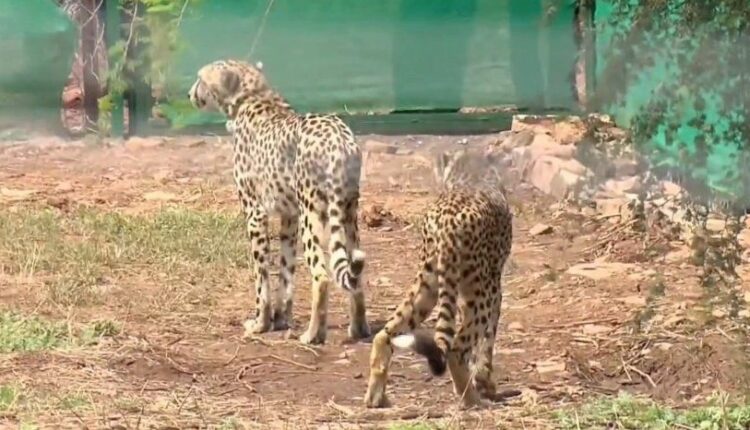 The cheetah is the only large carnivore to be completely extirpated in India, largely due to its use for coursing, sport hunting, overhunting, and habitat loss.

Maharaja Ramanuj Pratap Singh Deo of Korea, Madhya Pradesh is believed to have killed the country’s last three cheetahs in 1947. In 1952, the Indian government officially declared the cheetah extinct in the country.

Experts say that the word “cheetah” comes from the Sanskrit word “Chitraka” which means “the spotted one”. In Bhopal and Gandhinagar, Neolithic cave paintings depict the cheetah.

According to The End of a Trail – The Cheetah in India, a book by Divyabhanusinh, former vice president of the Bombay Natural History Society (BNHS), the Mughal Emperor Akbar, who reigned from 1556 to 1605, had 1,000 cheetahs. The animals were used for hunting black buck and gazelle.

Akbar’s son Jahangir is said to have captured more than 400 antelopes from cheetahs roosting in the Pargana of Pala, notes Divyabhanusinh.

The trapping of cheetahs for hunting and the difficulty in breeding the animals in captivity has led to a decline in their population.

According to Divyabhanusinh, the British in India had little interest in coursing cheetahs, although they sometimes shot and impaled the mounted animals.

By the early 20th century, India’s cheetah population had fallen to a few hundred, and princes began importing African animals for coursing – about 200 were imported between 1918 and 1945.

After the departure of the British and the integration of the princely states with independent India, the sport died out, as did the Indian cheetah.

At the first meeting of the Wildlife Committee in independent India in 1952, the government had “called for special priority to be given to the protection of the cheetah in central India” and proposed a “bold experiment in cheetah conservation”. However, in the same year, Cheetahs were declared extinct in India.

Negotiations then began in the 1970s with the Shah of Iran to bring the Asiatic cheetah to India in exchange for Asiatic lions. Given the small Asiatic cheetah population in Iran and the genetic similarity between the Iranian and African cheetahs, it was decided to use the latter for introduction to India.

‘Project Cheetah’ was revived in 2008-09 and approved by UPA Govt led by Dr. Manmohan Singh. Then Environment Minister Jairam Ramesh had gone to Cheetah outreach centre in South Africa in April 2010.

Ten sites were surveyed between 2010 and 2012. Kuno National Park (KNP) in Madhya Pradesh was considered ready to accept cheetahs with the least amount of management intervention due to the heavy investment in this sanctuary to reintroduce Asiatic lions, which is also an endangered species.

India signed the Cheetah reintroduction pact with Namibia in July. As part of the project, 50 cheetahs will be introduced in various National Parks across India over 5 years.

The Cheetahs arrived in India on September 17, 2022 and PM Modi released them to Kuno National Park, Madhya Pradesh.