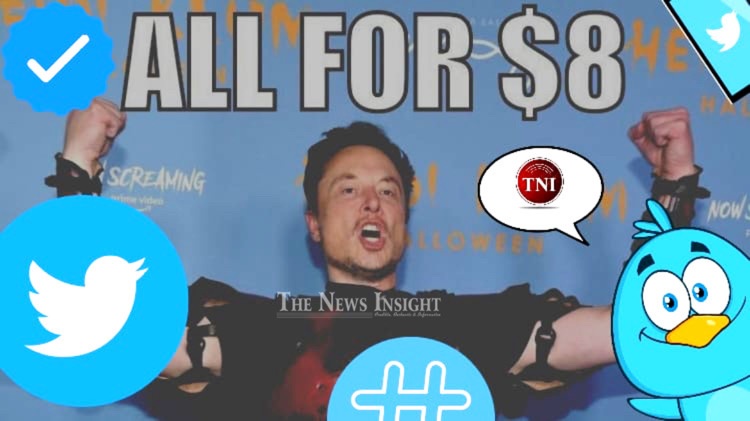 TNI Bureau: Putting all speculations and debates into rest, ‘Chief Twit’ Elon Musk has ended the VIP culture on Twitter and announced ‘Blue Tick Verification’ for all at $8 per month.

“Twitter’s current lords & peasants system for who has or doesn’t have a blue checkmark is bullshit. Power to the people! Blue for $8/month”, he tweeted last night.

As on today, there is a tough and cumbersome verification process on Twitter to get the blue tick, which is not appreciated by all.

Musk brought biggest ever reform to Twitter with this decision, which is lauded by the Twitterati.

🔵 Twitter’s current lords & peasants system for who has or doesn’t have a blue checkmark is bullshit, tweets Elon Musk.

🔵 Power to the people! Blue for $8/month, announces Musk.

🔵 Key Benefits: Priority in replies, mentions & search, which is essential to defeat spam/scam, Ability to post long video & audio, Half as many ads.

🔵 “Paywall bypass for publishers willing to work with Twitter.

🔵 There will be a secondary tag below the name for someone who is a public figure, which is already the case for politicians.