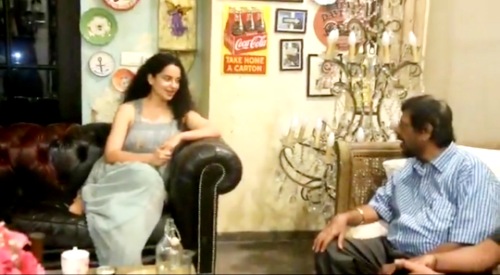 Athawale invited Kangana to join either his party RPI (A) or BJP to strengthen her fight against Shiv Sena and Maharashtra Govt led By Uddhav Thackeray. Kangana reportedly told him that “she is not interested to join politics as long she is working in films”.

Athawale further added that Kangana would be welcome to join BJP or RPI.

Interestingly, Athawale tried to project Kangana Ranaut as a ‘Crusader for Dalits’ invoking her role in an upcoming film. “Kangana told me that she is playing the role of a Dalit and that caste system should be abolished,” he said.

The RPI activists were the first to reach the Mumbai Airport yesterday to protect Kangana from Shiv Sena protesters. Athawale is keen to have Kangana Ranaut in his party because of her growing popularity and massive support she receives from the masses.