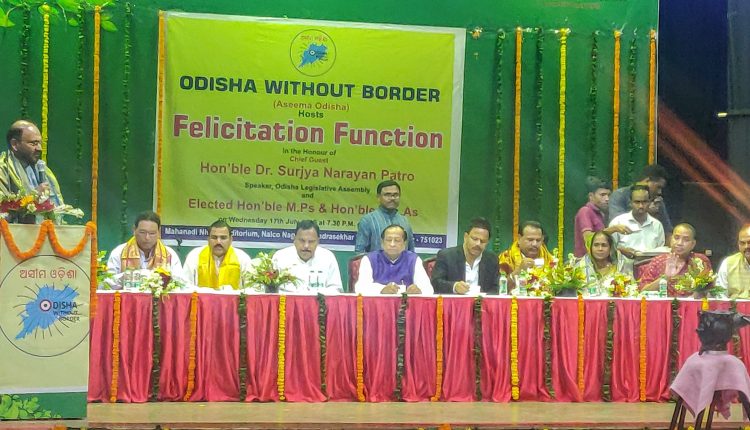 TNI Bureau: The newly elected MLAs of Odisha were felicitated by Non-Resident Odias (Prabasi Odias) in a glittering ceremony at the Nalco Auditorium tonight, hosted by ‘Odisha Without Border (Aseema Odisha), the apex Organisation of all Socio-Cultural Non-Resident Odia associations across the globe.

The Felicitation function was attended by host of dignitaries and Prabasi Odia leaders coming from different parts of India. Speaking on the occasion, Chief Guest and Assembly Speaker Surjya Narayan Patro appealed the Prabasi Odias staying in different parts of the world to contribute for the all-round development of their mother state.

Delivering the welcome speech, Chief Coordinator of OWB, Senior Journalist Kishore Dwivedi said that around 2 crore Odias staying outside Odisha can play a vital role in the promotion of Odisha’s language, literature, culture, tourism and economy. 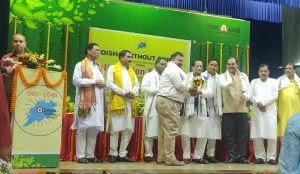 Presenting the Vote of Thanks, National Vice Oresudebt of OWB, Dr. Bipin Mishra sought the help of everyone to strengthen the Organisation Structure of OWB. Addressing the gathering, Deputy Speaker of Odisha Assembly, Rajanikant Singh thanked Prabasi Odias for their positive and constructive role for the development of Odisha.