Apple’s One More Thing Event : Everything you need to know 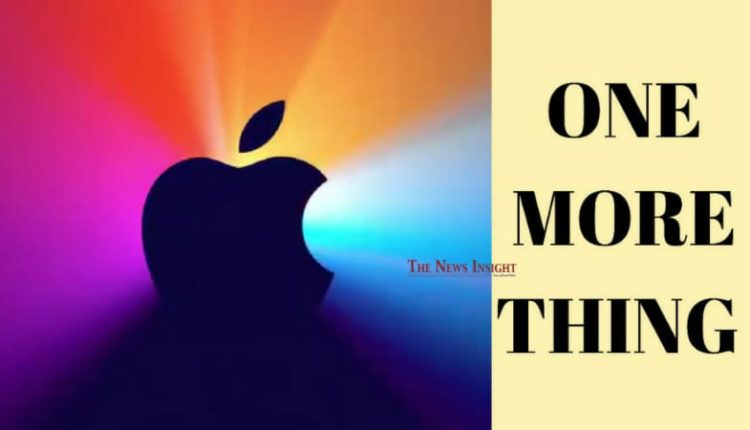 Apple has recently launched its 12th series of iPhones with a bang. But it looks like this year, Apple has not limited its trail of launches to its new iPhone series. On November 10, Apple hosted an event named “One More Thing”.

The prime reason behind the excitement for the One More Thing Event was because Apple reserves a history of using this Tagline for some of its special and out of the box products. And again, Apple didn’t disappoint.

As Expected, they have launched its MacBook series and also gave an update about their new Big Sur. But the excitement doesn’t end here. The difference this time is that finally, Apple has come up with its most awaited Silicon M1 chip.

Highlights of the Event

Last time in WWDC, Apple gave a hint of working on their own silicon processor for their MacBooks. Since then, it’s admirers have been waiting for their update impatiently. Now finally Apple has launched its MacBooks with its own M1 chip.

They have claimed that the M1 chip will make the MacBook much more efficient and productive. M1 chip will help their MacBooks provide better graphics than any other PC. They have promised to provide iPhone like performance in their Macs with their new innovation.

Apple has also launched a new Mac Mini in their One More Thing Event. Mac Mini with the new M1 chip will be available in the USA for around 699$.

Just like MacBook Air, MacBook Pro will also come with the new M1 chip. They claim to provide up to 20 hours of battery life, 5 times better graphics, iPhone Apps, and faster performance. The all-new MacBook Pro will cost the customers around 1299$ in the USA.

Apple also gave an update about their new MacOs 11 Big Sur. It will be available for the customers from Nov 12.

All the products launched in Apple’s One More Thing Event including MacBook Pro, MacBook Air, and Mac Mini will be available in their stores for buying from next week onwards.