Air Arabia Flight from UAE to Odisha – The Real Story 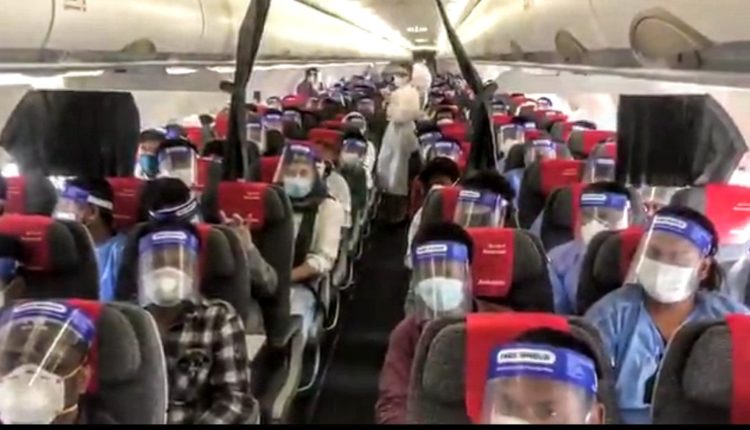 TNI Bureau: While it’s a proud moment for Odisha to have its own Woman Pilot Captain Madhusmita Patnaik who commanded the Air Arabia flight that brought back 215 stranded Odias from UAE to Bhubaneswar, let’s know the entire story on how exactly it happened.

👉 The flight was initially booked by a travel agency, ‘Cozmo Travel LLC’ for some Corporate Clients who wanted to send their Employees home (Odisha).

👉 Air Arabia was chosen as the Operator.

👉 Since 40-odd seats in the Flight were vacant, ‘Cozmo Travel LLC’ called Odisha Samaj UAE and individuals in order to fill up the seats.

👉 With the help of Odisha Samaj UAE (recognised by Consulate General of India in Dubai) and other individuals and Philanthropists such as Dr. Chandra Sekhar Khuntia, many other Odias apart from the employees of those Corporates, managed to return home.

👉 Odisha Samaj UAE (OSUAE) has already made efforts along with Government of India, Indian Consultate in Dubai and Air India to send back Odias stranded in UAE under the Vande Bharat Mission on May 14 and 20.

👉 OSUAE has chartered an Indigo plane to Bhubaneswar that will ferry 210 Passengers on June 18.

👉 Another Air India Flight has been announced from Dubai to Bhubaneswar for June 19 under Vande Bharat Mission. OSUAE has voluntered to help the Indian Consulate in finalizing the passengers’ list and issuance of tickets.