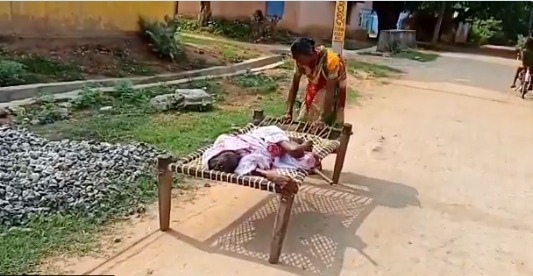 Labhe’s daughter Punjimatee (60) was forced to present her mother in the bank dragging her on a cot. The viral video and photos caught the attention of regional as well as national media.

While placing the Branch Manager under suspension, the State Government has requested the Chairman of the UGB to take stern action against the official after due probe.

Air Arabia Flight from UAE to Odisha – The Real Story