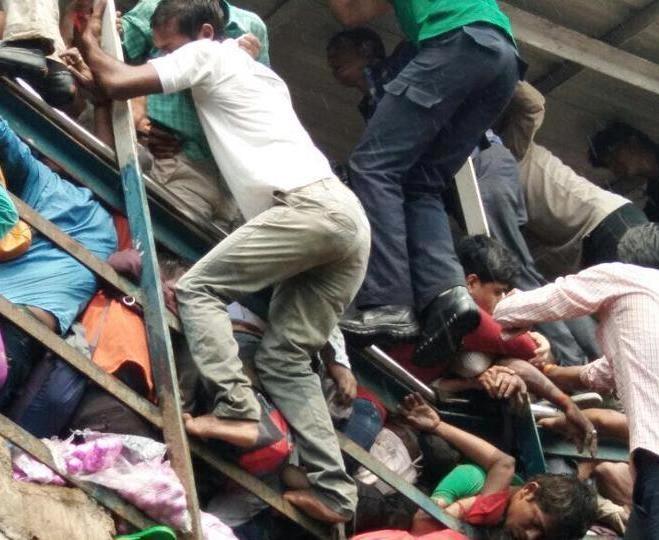 — 22 people dead, 27 injured in the stampede at Elphinstone railway station’s foot over bridge in Mumbai; Maharashtra Govt announces ex-gratia of Rs 5 lakh each to kin of those killed in Stampede.