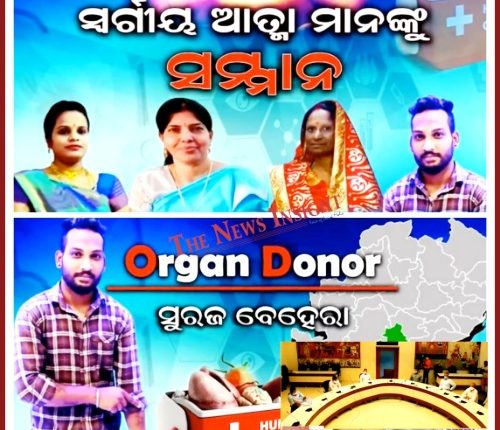 TNI Bureau: The Odisha Government on Thursday felicitated family members of 3 Women Cadaveric Donors on the occasion of World Donors Day and presented them with award money of Rs 5 lakh each.

The ‘Suraj Award’ was established in November 2019 in memory of Suraj Behera from Ganjam District, whose organs were donated by his parents after his death.

Suraj who hailed from Bhanjanagar in Ganjam district and was working in Surat, had met with a fatal road accident on October 29. He was declared brain dead on November 2. With the consent of his parents, his heart, liver, two kidneys and both the eyes were transplanted upon six persons.