2 Jawans injured in encounter with Maoists in Kandhamal dist

The condition of the SOG jawans is stated to be stable. 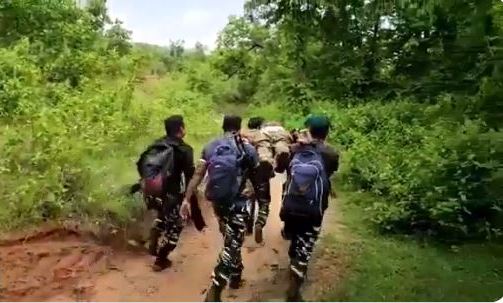 TNI Bureau:  Two jawans sustained injuries during an exchange of fire between security forces and maoists  at the forest area of Boudh-Kandhamal border on Saturday.

The injured jawans are being air-lifted by DG Police Abhay to Bhubaneswar for medical treatment who was on Koraput-Malkangiri tour today to review anti-LWE work. The top cop reportedly changed his travel in view of the incident.

With the help of CRPF jawans, both the Commandos were rescued and brought from the operational area.

The condition of the SOG jawans is stated to be stable.

Sources said based on a reliable input, an operation was launched under Gochapada police station in Kandhamal district on July 9. During search of the core area, Maoists opened indiscriminate fire on the security forces this morning. A few Naxals have also been injured in the incident.