Since Friday morning, the hashtag #UninstallHotstar has been trending on Twitter. 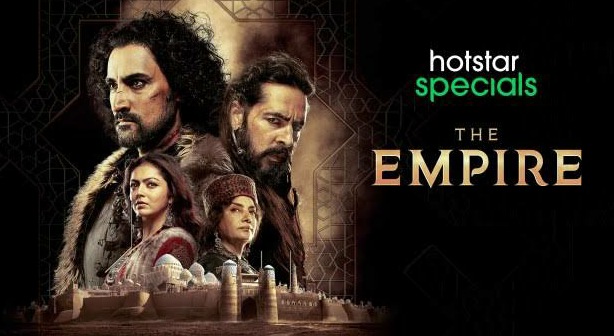 Since Friday morning, the hashtag #UninstallHotstar has been trending on Twitter. Users are enraged. Removing the OTT software from the smartphone on a regular basis and sharing screenshots. There will be a variety of responses.  In any case, such trends have emerged in recent years, with certain OTT platforms being boycotted.

The first piece of information is that this is occurring as a result of a web series. The series is called ‘The Empire,’ and it is based on the narrative of ‘Babur.’

‘The Empire’ is streaming on the OTT platform from today morning. Alongside Kunal Kapoor, it also stars Dino Morea and Shabana Azmi. The tale of Mughal King Babur is the inspiration for this series. This series is supposed to be based on Nikkhil Advani’s novel “Empire of the Mughal — Raiders from the North.” Alex Rutherford is the author. Now, the intriguing part is after seeing the series teaser, Vikas Pandey, a software professional and activist, filed a complaint with ‘Hotstar,’ which was denied by the OTT app’s officials.

Babar’s character states in the series teaser that it doesn’t matter how hard life fights, because the ultimate triumph is death, and he has been battling to the death since the age of 14. The series also depicted Babur’s invasion on India’s Lodhi kingdom. According to the complaint, Babar has been glorified in the series.

Vikas Pandey, the complainant, allegedly objected to the fact that Babur was a murderer who slaughtered lakhs of Hindus during India’s conquest. The Ram Janmabhoomi temple was also demolished. According to the complainant, this series looks to glorify “Babar” and is therefore offensive. Vikas further wrote in his complaint that Babur’s acts are still causing agony for Hindus all over the world after more than 500 years, and that the exhibition may result in a severe law and order crisis in India.

In response to the complaint made on behalf of ‘Hotstar,’ it has been said that their show ‘Babar’ is not glorified. This online series also makes no mention of the Supreme Court’s judgement in 2019 in favour of Ram Lalla, who is seated in the Ram Janmabhoomi temple. ‘The complainant talked about how Babar is responsible for killing lakhs of Hindus and forcefully converting them, as well as destroying the temple and erecting a mosque on the same site in his name,’ according to the OTT app. There is no mention of this in the series.

On the one hand, while the OTT app’s complaint officer denied Vikas Pandey’s request, there has been a Twitter backlash against the service and the series since then. The series’ creators, on the other hand, claim that there is nothing offensive about it. There’s also nothing in it that might make you feel stressed. In such a case, assuming that ‘Babar’ is a hero in the series based solely on the complainant’s trailer is incorrect.