"The Kerala Story," that promises to be a very authentic, unbiased, and truthful tale of events that shook Kerala 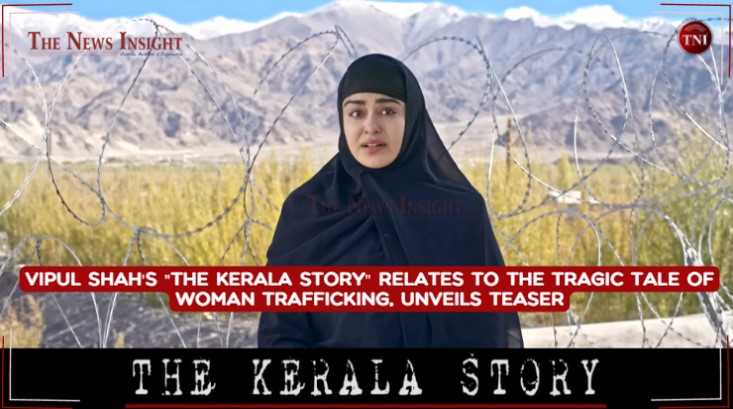 TNI Bureau: Director and Televison producer Vipul Shah’s, The Kerala Story, a documentary is all set to reveal the details surrounding the kidnapping of 32,000 women in the state of Kerala.

The teaser for “The Kerala Story,” that promises to be a very authentic, unbiased, and truthful tale of events that shook Kerala, is both matter of fact and impactful in its approach.

The film, which was directed by Sudipto Sen under the guidance of Vipul Shah, tells the startling and heartbreaking story of a terrorist organization manipulating women trafficking from God’s own country.

The straightforward but powerful teaser tells the story of one such victim, starring Adah Sharma in lead, who wanted to be a nurse but was kidnapped from her home and is now being held captive in Afghanistan as an ISIS militant.

While most individuals would shun away from the topic. Producer Vipul Amrutlal Shah was adamant to present this gruesome story to the big screen. Supported by 4 years of exhaustive study. While visiting the state and even Arab nations. Director Sudipto Sen talked with residents and families of the victims and was astounded by what he discovered.

“I was in tears in the first narration meeting itself.”. Vipul shared in an earlier statement. According to a recent investigation, since 2009. Approximately 32,000 Hindu and Christian girls from Kerala and Mangalore have converted to Islam. With the majority of them ending up in Syria, Afghanistan, and other ISIS and Haqqani-influenced countries.

The documentary will reveal the truth about this conspiracy and the suffering these women experienced. Vipul Amrutlal Shah is now disseminating these results under the title “The Kerala Story.” The movie is set to be released on large screens the upcoming year.