The border issues between Odisha and Andhra Pradesh has become a matter of concern for Odisha. 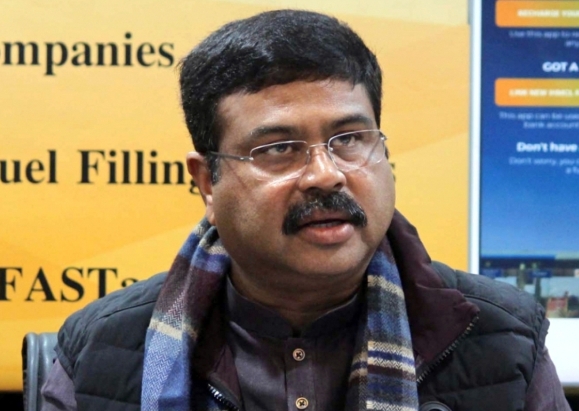 TNI Bureau: Union Minister Dharmendra Pradhan has sought the personal intervention of Odisha Chief Minister Naveen Patnaik for the harmonious resolution to Kotia. The border issues between Odisha and Andhra Pradesh has become a matter of concern for Odisha.

Urging the CM to convene an all-party meeting over the issue, Pradhan said “I am drawing your kind attention to my earlier attempts in 2020 and 2021 for arriving at a harmonious resolution to border issues between Odisha and Andhra Pradesh. I once again seek your personal intervention in addressing emerging issues in the border villages in South Odisha, namely Kotia Gram Group of villages in Pottangi Block in Koraput District and Manikapatna in Gangabada GP of Rayagada Block in Gajapati District.

As you would be aware, administrative outreach by Andhra Pradesh Government in these villages has been reported in the past few days. This illegitimate and unfortunate outreach by Andhra Pradesh Government is now not only confined to Kotia but is also gradually spreading to other villages in South Odisha. Reportedly, 21 such villages have been included in the newly carved Parvatipuram Manyam district, with changed nomenclature, with its headquarters just 40 Ic.m away from various villages of Kotia. Andhra Pradesh has been proactively implementing different schemes and developmental activities in these villages luring these residents to be a part of Andhra Pradesh.”

He further stated that it requires the Government of Odisha to be proactive on the ground, thereby bringing the Government and administration closer to the resident of these border villages. Being far away from the district headquarter, people may find the Andhra Pradesh administration more accessible. The neighbouring state may use the same to alienate these citizens from Odisha, and thereby sever their age-old socio-cultural umbilical cord with their motherland. Andhra Pradesh is strategically trying to sway these border villagers by offering ration cards, healthcare, education and other facilities.

Keeping this in mind, Odisha should take the local population and oraganisation into confidence and address multiple developmental issues by ensuring people staying in bordering villages are not lured by Andhra Pradesh Govt. facilities and, expediting the swift implementation of developmental activities of the Odisha Government, the Union Minister added.

Highlighting the fact that such administrative face-offs and disputes will not only create a disharmonious environment for the people of these areas but also hinder the development of these villages, Pradhan said it will derail the ongoing development process which goes against the socio-political objectives of both States, and sow seeds for anti-establishment sentiments to take root in this region.

Despite my best attempt over the years, these issues have remained the same as earlier. Irrespective of party lines, all political parties agree unanimously on the development and protection of Odia interests in these border villages, he said.

Keeping in mind the welfare of the residents of Odisha and Andhra Pradesh border villages in the districts of Koraput and Gajapati, I seek your personal intervention for the harmonious and peaceful resolution of the said issues. Therefore, I request you to convene an all-party meeting over these issues and review the progress made by inter-state committee and briefing on developmental activities taken up in border villages, the Union Minister concluded.