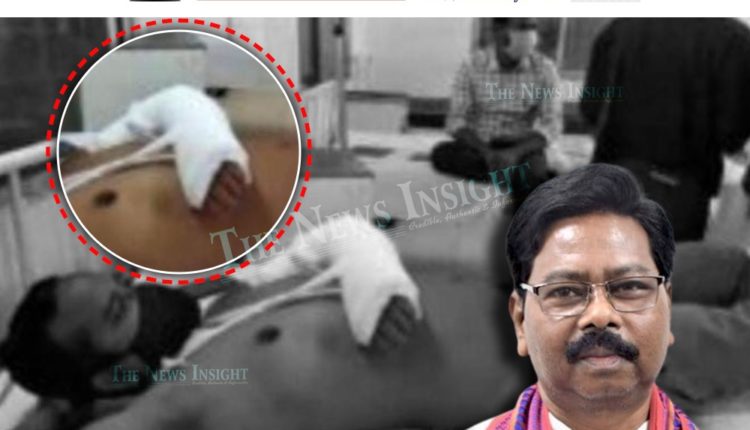 Insight Bureau: The man inducted into Modi Cabinet as a tribal face from Odisha, has turned out to be BJP’s Achilles Hill. The latest allegations that Bishweswar Tudu assaulted two Government Officials, leading to their hospitalisation, may go against him badly.

Time and again, Tudu has been abusive and lashed out at the officials in a harsh tone. He remains controversial, damaging BJP’s prospects further in Mayurbhanj.

In 2017, BJP had won 49 out of 56 Zilla Parishad seats in the district and repeated their feat with the victory in Mayurbhanj Lok Sabha seat along with 5 out of 7 MLA seats.

But, things have rapidly changed in Mayurbhanj with the entry of BJD’s Organisational Secretary Pranab Prakash Das and his trusted lieutenants. BJD has reversed the control in many areas and it won’t be surprise if the party wrests Mayurbhanj from the saffron party.

If BJP loses in Zilla Parishad polls, Tudu may be blamed for his “unacceptable conduct” that has triggered widespread dissent within the Karyakartas and public too.

Covid Vaccination, Booster Dose to be deferred by 3 Months after Recovery