To curb copying, Karnataka Students made to wear Carton Box during Exam 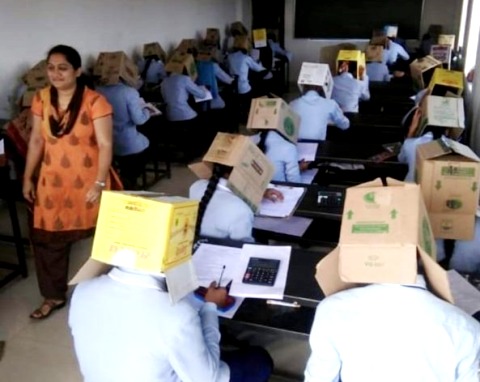 TNI Bureau:   A video clip of a college in Karnataka went viral on social media drawing criticism, where the students were forced to wear Carton Box to prevent them from copying in exams.

The incident took place at Bhagat Pre-University College in Haveri, 335 km from Bengaluru in the state’s northwest region where about 50 students were seen writing papers in economics and chemistry subjects in their classroom  wearing cartons. The cardboard boxes had only front side open with other sides closed.

Though the management said they took up this method to prevent copies because earlier there were instances of students cheating, the education department has taken the matter seriously and sought an explanation from the administrator.

Deputy Director of Pre-University Education S.C. Peerzade visited the college as soon as he got the information and stopped this “experiment”. 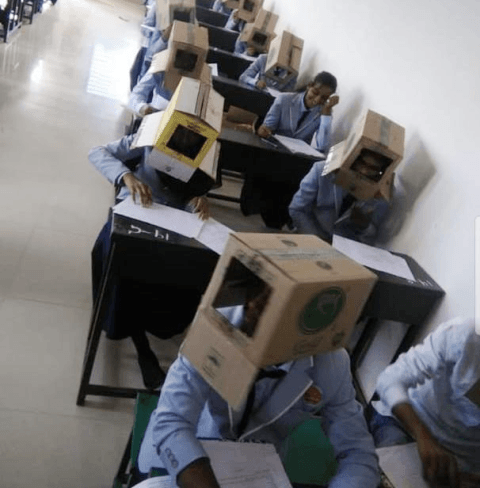 100-Word Edit: BJP’s IT Strategy fails to impress in Odisha