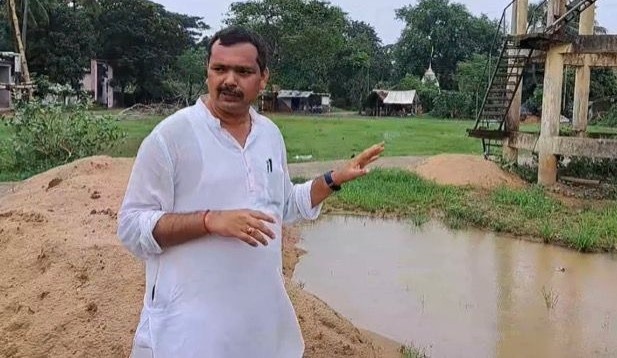 TNI Bureau: Putting all speculations into rest, BJD leader and former President of Odisha Khadi & Village Industries Board in Odisha, Tejeswar Parida has resigned from the party in a letter to party President Naveen Patnaik.

Tejeswar was sidelined within his party for a long time. He was inching closer to BJP with his nationalistic views and anti-cow slaughter and cattle smuggling stand. It’s believed that he will join the saffron party soon and may contest the polls from Patkura Assembly segment.

While resigning from the party, he did not blame anyone and thanked CM Naveen Patnaik and all others for the support he received over the years.

“I am very thankful to you for giving me the opportunity to serve our state Odisha under your esteemed leadership as part of Team Biju Janata Dal. I served the party across the state with all sincerity, dedication, honesty and hard work,
as commanded by you from time to time. In the capacity as Party Observer placed in different Districts and as a member of the Media Panel, I worked as a faithful party member and contributed to strengthen the party to the best ofmy ability,” he wrote in the letter to Naveen.

“My special thanks to you also for nominating me as Election Manifesto Committee Member & Star Campaigner of BJD in 2019 General Elections. However, at this point I express my inability to continue to serve the party because of many pressing reasons at a personal level, that require my attention and time, which I am not in a position to neglect. So, I hereby tender my resignation from the primary membership of Biju Janata Dal (BJD) with immediate effect,” wrote Tejeswar Parida.