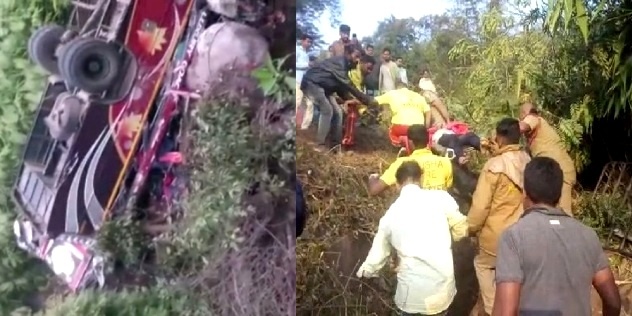 TNI Bureau: At least 8 people killed and 40 others injured when a bus travelling from Tikiri (Rayagada) to Berhampur, skidded off bridge near Palukhola in Taptapani Ghat in Ganjam District in the wee hours today.

The injured have been rushed to hospitals in Digapahandi and Berhampur. The death toll may rise further.

Patapur Police, Fire Services personnel and volunteers are engaged in rescue operations. Gas cutters are being used to cut the bus and rescue trapped people.

Chief Minister Naveen Patnaik has announced an ex-gratia of Rs 2 lakh each to the kin of those killed in the incident.