According to the authorities, the video showing Sushil Kumar and his friends assaulting the wrestler was created to be spread in the local wrestling circuit and to prove their dominance. 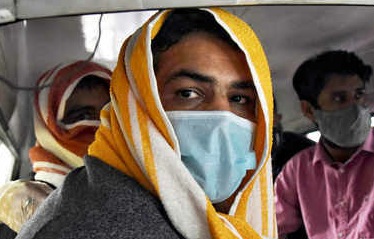 TNI Bureau: A classic example of ‘Fall from the Grace’! Sushil Kumar, who brought laurels to the country by winning two Olympic medals, brought shame to millions of his fans when he was apprehended on Sunday in connection with the murder of a 23-year-old fellow wrestler. At least 8 people have been arrested so far in this case.

It was not even an indirect assault. Sushil Kumar and his friends were seen thrashing wrestler Sagar Dhankar with sticks, leading to his death. Sagar’s friends Sonu and Amit were also thrashed like animals, but survived. The video sent shockwaves across the Sports lovers who never imagined in their wildest dreams to see this new heinous avatar of Sushil Kumar.

Who is Sushil Kumar?

At the 2012 London Olympics, he carried the Indian flag at the opening ceremony. His bronze medal at the 2008 Summer Olympics was India’s second in wrestling, and the first since Khashaba Dadasaheb Jadhav’s bronze at the 1952 Summer Olympics. He was awarded the Rajiv Gandhi Khel Ratna, India’s highest sports honour, in July 2009. He won the Silver medal at 2012 London Olympics. He also won 3 Gold Medals in Commonwealth Games – 2010, 2014, 2018.

Sagar Dhankar, the victim, was training at the Chhatrasal Stadium, where Sushil was ruling the roost. Sushil and his friends reportedly attacked Dhankar and two others on May 4. After the brawl, Sushil had been on the run for about 3 weeks before being arrested in Mundka along with his aide.

It’s not yet clear whether the murder was only a result of ego clashes or some other strings are attached to it. However, Delhi Police believes that the murder was committed to establish dominance in the Wrestling community and spread fear. Even the video was filmed by Sushil & Co. to terrorize people. Sushil Kumar’s alleged mafia link has complicated the matter further. Sushil reportedly harboured many dreaded criminals in an apartment registered on his wife’s name.

Names of Sandeep Kala, Kala Jathedi, Kala Asauda and Neeraj Bawana and many others have come up during the course of investigation. As the investigation continues, skeletons may tumble and more dark chapters of Sushil Kumar’s life may be revealed.