South Odisha, Jewel in the Odisha Crown (Part I) 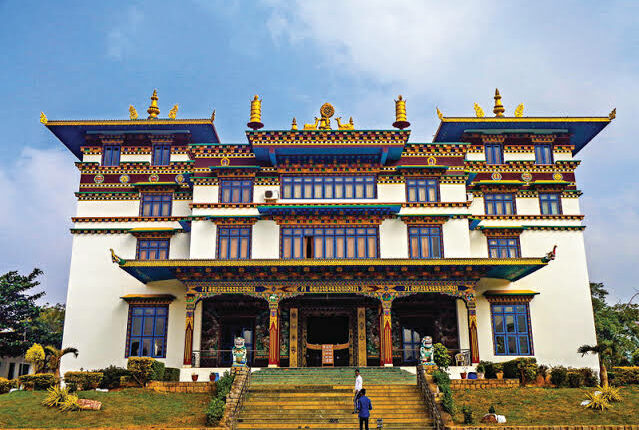 By Charudutta Panigrahi: During the fiscal year 2021-22, Ganjam district ranked topmost in the country in providing 100 days work to rural households the country in MGNREGA jobs. Two districts of Rajasthan trailed behind Ganjam. 1,29,290 households availed the employment including many who came home after Covid never to go back to the unorganized and risky lives as migrants.

Needless to mention that the district was the front-runner among the 30 districts of the state in MGNREGA expenditure.Ganjam’s fortitude and commitment is iconic. The manner and discipline with which Ganjam handled Covid, despite the chaotic reverse migration, was an example for the rest of the country.

Over 4,00,000 migrant workers had returned to the district when a national lockdown was imposed in 2020. Many of them stayed back leading to an increase in demand for MGNREGS jobs. This leading district in south Odisha, which seeded the geo-political independence drive of the state, has ever since contributed to the State GDP remarkably.

In 2020, in the aftermath of Covid it generated 2,99,00,497 person-days of work under the rural employment scheme, ranking fourth in the country.Ganjam’sstellar contribution through MGNREGA has increased the real SGDP of the economy as well as household income and real consumption budget.

The State’s GSDP shrunk by 5.3 per cent in 2020-21 which is lower than the national contraction of 6.6 per cent. In spite of the adverse impact of COVID-19 second wave, the state economy has grown by 10.1 percent in 2021-22. The incredible growth story is attributed to robust growth in rural economy, capital investment and employment generation with veritable contribution of the southern districts of our state.

Undivided Koraput district is the Wonderland. From Lord Jagannath to fighter planes to Asia’s mineral treasury, it is complete & the people are content. Content because the tribals and their Lord live here. It is the sabarkshetra (the mystic land of the Lord). This is the land where divinity and materialism co-exist in a unique balance.Malkangiri is believed to be the “Malyavantagiri” where Valmiki scripted the holy epic Ramayana, on the banks of river Tamasa. ‘Sitakunda’, near Mudulipada is the sacred bath tank of Goddess Sita. Even in Mahabharata the Pandavas spent a year in exile in the Malkangiri forests.

The Koya tribe till date worship sword, which belonged to the Pandavas, who had lived here for at least a year. There is unwavering mythology behind this. The erstwhile kingdom of ‘MallikaNagari’ under Indus Valley civilisation, after generations has become Malkangiri. Gudhandi of Kalahandi treasures Paleolithic tools and rock paintings and at the same time contributes over four percent of the Gross State Domestic Product (GSDP) of Odisha. Entire south Odisha is endowed with minerals which has been the mainstay of the state development.

The bounty includes Bauxite, Graphite, Manganese, Iron and Quartz. It is the highest producer of Aluminium in the country today with mega Aluminium plants viz., Nalco and Vedanta Ltd, majorly in the region.

Odisha has the highest share in bauxite and iron ore production in India and National Aluminum Corporation Limited has its main unit in Koraput. It is Asia’s largest integrated aluminum complex. The state has world’s fourth largest bauxite reserves with an estimate of more than 1600 million tonnes.

While Koraput remains the bauxite capital, the reserves are mostly located in the southern districts including Kalahandi, Rayagada, Keonjhar, Sundergarh, and parts of Kandhamal. This has contributed majorly to the value of mineral production in the country, with Odisha’s share pegged at over 48% of the national output. The globe is rushing to South Odisha. 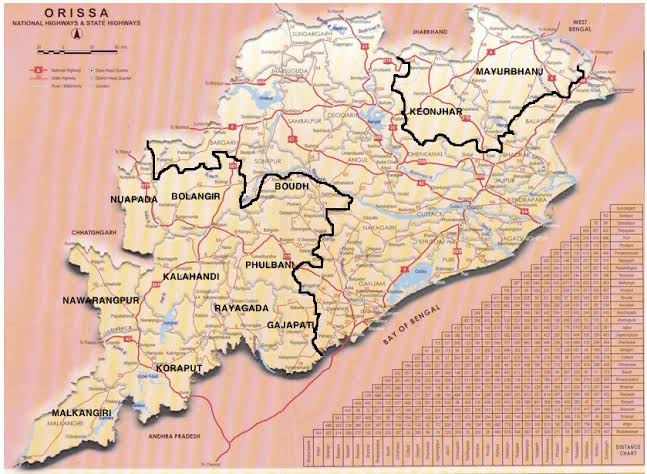 The Adani group has announced its commitment to build Alumina refinery and a captive power plant in Rayagada with an investment of Rs416.53 billion ($5.2 billion). The refinery is slated to have an annual capacity of 4 million tons, one of the biggest in the world, almost at par with South 32 Worsley & Alcoa in Australia.

Extraction industry need not be the only hallmark of South Odisha’s contribution to the state’s growth. The SHG movement starting from the southern districts has made households self-reliant and turned around the rural economy in the state in the last decade and half. The women federations have created a conducive environment for the expansion of self-help movement in rural & urban areas, have strengthened livelihood initiatives for women deepening financial inclusion,ensuring that more SHGs get loans to diversify and develop enterprises.

Today Mission Shakti is a movement, and an institution and promises women led state economy, nurtured at the last mile. The base of this ‘silent revolution’ as it is popularly referred to was incubated long ago in Ganjam. The district has little less than 42,000 SHGs, the highest among all the 30 districts in the state. Encouraged by the unprecedented success in Ganjam, the state accorded high prominence to the Mission and at present 7 million women are engaged in grassroots enterprises and economic activities for self-reliance.

South Odisha’s tenacity and women entrepreneurial prowess is legendary. The state has also elected a SHG member to the Parliament from Aska as a policy maker of the country. This is certainly a tribute to lakhs of women in the women’s self-help movement. The ten districts of south Odisha together have a stake of over a quarter (27%) of the state GDP.

This is a minuscule of the region’s contribution to our state’s famed public comity and character. All the ten districts namely Gajpati, Ganjam, Kalahandi, Kandhamal, Koraput, Malkangiri, Nabrangpur, Nuapada, Rayagada, Boudh have predominant indigenous communities. They hold the keys to our rental economy. Our visionof trillion-dollar economy is majorly based on the mines and minerals in custody of our indigenous peoples. The tribals, whom we left behind and set out in pursuit of creature comforts, remain the guardians of flora and fauna, below which lie the sparkle of billions of dollars.

The communities traditionally have a disciplined and organised leadership style. A new village traditionally was typically established as Ektaguda — which literally means a village discovered by one person. The word Ekta here does not signify unity but ‘singular’. When there is any calamity in a village, people tend to shift to a new place because they believe they have incurred the wrath of their deity. Any community adversity like an epidemic or fire or ill-health of children is a bad omen and the elders in the community are convinced that the deity wants them to abandon the village.

Accordingly, the enterprising of the lot, ventures out to find a new place. He explores, discovers, starts a new settlement and becomes the obvious choice for the village headman. He becomes the Nayak and the system becomes hereditary.This system of village administration has always provided three crucial elements:

– Unbridled independence to villagers, including exemplary gender equality
– Community living, with no individual asset holding
– Collective livelihoods mechanisms like community farming
But more on communities of south Odisha in the ensuing parts of this article.

(CharuduttaPanigrahi is a public intellectual and an author. He may be contacted at [email protected]).