By Akankhya Mahapatra Last updated May 21, 2022 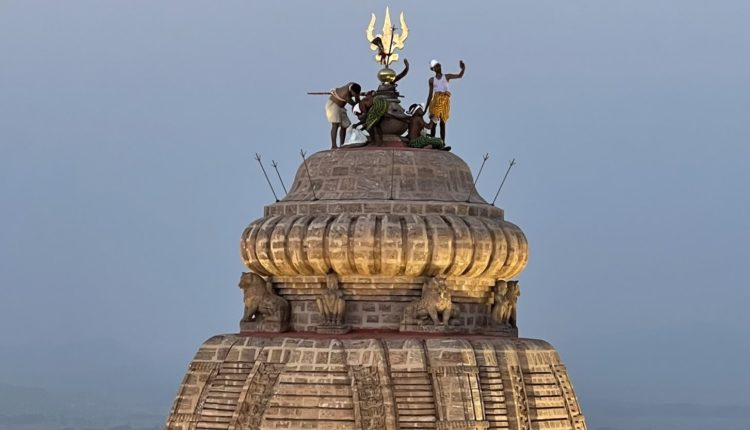 Insight Bureau: A photo tweeted by the Ganjam District Collector has gone viral on Social Media for a different reason. The priests who were installing the Trishul and Dhwaja atop the temple, were seen taking a selfie, which grabbed the attention of the netizens on Social Media.

While some people termed it as a “risky” act, others hailed their dedication and devotion to the deities. The debate has just begun.

The completion of the process of building a new temple, the installation of Trishul and Dhwaza on the Shikhara, was completed in the newly built Maa Taratarini Temple in Ganjam. With that, the six-day Pratishtha Mahotsav came to an end on Friday.

The installation of the Parshwa Deba Debi was also completed yesteday. The Pratistha Mahotsav was performed by 108 pujakas chanting mantras and slokas.

All rituals were performed today in the presence of thousands of devotees.

Chief Minister Naveen Patnaik attended the Mahotsav on Wednesday and prayed at the Pratistha Mahotsav of the Taratarini Temple.