Rise of Hindutva and Nationalism in India

The idea is relatively modern, and can be traced to the region’s encounter with colonial rule.

By Akankhya Mahapatra Last updated May 2, 2022 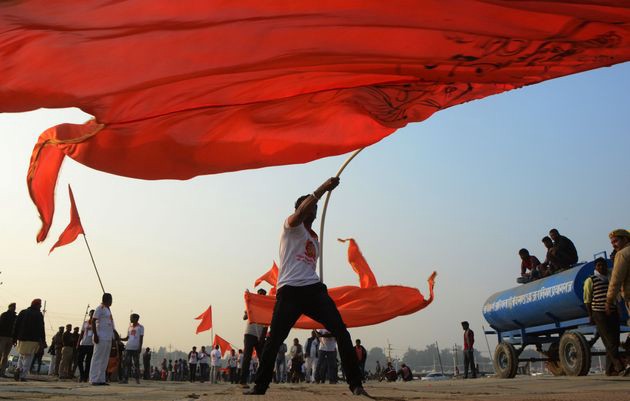 Insight Bureau: Hinduvta or “Hinduness” is an ideology rooted in a belief that Hindus are united around a common culture which forms the basis for the Indian nation. The idea is relatively modern, and can be traced to the region’s encounter with colonial rule.

In the Western imagination, the region was pictured as essentially religious and stagnant. The British colonial state controversially ruled India in a way that hardened religious boundaries, and encouraged its subjects to see themselves and others in this light.

This contributed to the activism of Hindu groups such as the Arya Samaj and the Sanatana Dharma Sabhas, whose members turned to debating how Hindu society could be best reorganised and revived.

One of the key issues they debated related to Hindu unity—particularly as the Western conception of Hinduism, imposed on many Indians by British colonial rule, was actually alien to many of those who now fell under its classification. The existence of diverse caste histories and traditions also seemed to fracture any idea of a single Hindu community.

During the early decades of the 20th century, activists associated with Arya Samaj, such as Shraddhanand, argued for a reorganised, “meritocratic” caste system as a way to reunite Hindus. But historians such as John Zavos have shown how this approach to reorganise the caste system was rejected as divisive during the 1920s.

Hindu unity was subsequently built instead on a more conservative, symbolic level, by activists, which explicitly drew boundaries between Hindus on the one hand, and Muslims and Christians on the other.

In this way, the fact that upper-caste Hindus within this “newly unified” Hindu community were in the numerical minority was not widely challenged—nor was the power and privilege they were amassing.

Local RSS units—there are well over 50,000 today—were tasked with responding to the so-called emasculation of Hindus by building “manly Hindu men” of “character and values”. Acquiring discipline was seen as important here, to be achieved through public, uniformed drills and martial games.

Hindu organisation was also seen as a way to revitalise the wayward morals of some Hindus. Today, uniformed RSS activists serve and unify the Hindu nation by ordering Hindu festivals and teaching their own Hindu practices to lower-castes, such as abstaining from eating beef.

Some leading thinkers have considered how contemporary Hindu nationalist ideas have emerged outside of high politics and violence, and in particular, how and why they engage non-elite Hindus such as lower castes. Anthropologists such as Atreyee Sen have looked at how poor female activists attempt to feminise Hindu nationalism’s heavily masculine ideas, and so gain a place in the Hindu nation.

And this, of course, challenges one of Hindu nationalism’s central concerns: the building of Hindu unity, and translating this into an idea of the nation. What this all tells us then is that with the BJP encountering dissent as it defines India and Hinduism, Hindu nationalism’s diverse and eventful history looks sure to continue.

Shah Faesal to be back as Civil Servant