Europe was very clear that it would limit its military support to providing Ukraine with weapons and training, but would go to great lengths to exert economic pressure on Russia. 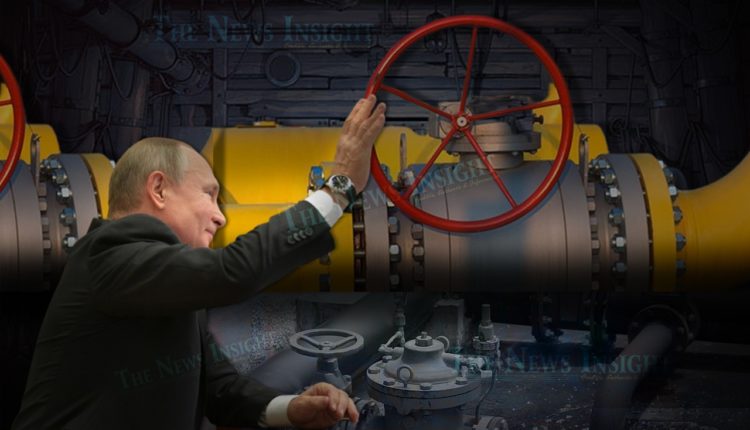 Insight Bureau: From the beginning of the conflict over Ukraine, energy trade was the most obvious battlefield of the ensuing confrontation between Russia and Europe. Europe was very clear that it would limit its military support to providing Ukraine with weapons and training, but would go to great lengths to exert economic pressure on Russia. Energy is the largest source of revenue for Russia as a country and for the Russian government, and accounts for the largest share of Russian-European trade.

Nevertheless, three months after the start of the war, the EU is still considering specific sanctions against Russian oil and gas. The problem is that material sanctions can be quite painful for Europe too, and EU commissioners and national leaders have repeatedly said that the sanctions will be designed and implemented to maximize their impact on Russia and limit that on Europe.

It has also been shown that Russian gas is much more difficult to replace than Russian oil or oil products. The plan was for sanctions to target the latter first, while trying to move Europe away from Russian gas as much and as quickly as possible, although a full shutdown could take years. Russian politicians understand this predicament and would probably like to play the game in reverse: shifting the conflict to gas, where Europe is more vulnerable. This conflict was probably already underway by the end of March.

In a recent development, Russia will cut natural gas supply to Finland from tomorrow, 21st May.

Russian President Vladimir Putin signed a decree on March 31, according to which Russian gas exports will have to be paid for in rubles from the next day. The new requirements triggered an initial outcry among Russia’s trading partners. Within a month, however, things ground to a halt: the Russian government devised a plan that leaves things economically more or less as they were before the decree, with the exception of changing the payment bank to Gazprombank in Moscow (it most likely used to be). Gazprom bank International in Luxembourg). European buyers would continue to send euros, the amounts would not change, and it would be up to Gazprom bank to do the conversion and pay Gazprom Export in rubles.

The ruble rose against the euro to its highest level in seven years. The Central Bank of Ukraine could return to regular monetary policy decisions as early as June. The Group of Seven will agree on more than $19 billion in financial aid for Ukraine in the near term, Germany’s finance minister said.

Initially, the EU Commission issued warnings that complying with the scheme could breach European sanctions against Russia’s central bank, but later issued a more conciliatory statement that actually made the arrangement work, at least until it was taken up – directly or indirectly – in a future sanctions package, or until the Russian government changes the system, for example by changing the rules for accessing the ruble market.

Russia did not have sanctions regimes until recently, and the new measures it is taking look more like a quick copy of US legislation than an elaborate system. Furthermore, it has no equivalent of the Office of Foreign Assets Control, the enforcement agency, or any track records or precedents in enforcing sanctions, so for now we can only guess how those sanctions will work in reality.

The potential application of the sanctions to key pipelines may be an oversight that can be remedied by an agreement between the government and Gazprom, or a deliberate inclusion that would up the ante in the new gas war. It could also be an intentional or accidental ambiguity that allows creating a very plausible threat but only pulling the trigger at an opportune moment should one arise.