TNI Bureau:  This year President Ram Nath Kovind has approved the list of 119 eminent personalities for the prestigious Padma Awards 2021.

29 of the awardees are women and the list also includes 10 persons from the category of Foreigners/NRI/PIO/OCI, 16 Posthumous awardees and one transgender awardee.

Similarly, former Assam Chief Minister Tarun Gogoi and late political stalwart Ram Vilas Paswan are among those who have been awarded the Padma Bhushan posthumously.

➡️ Shri B. B. Lal- Others- Archaeology- Delhi 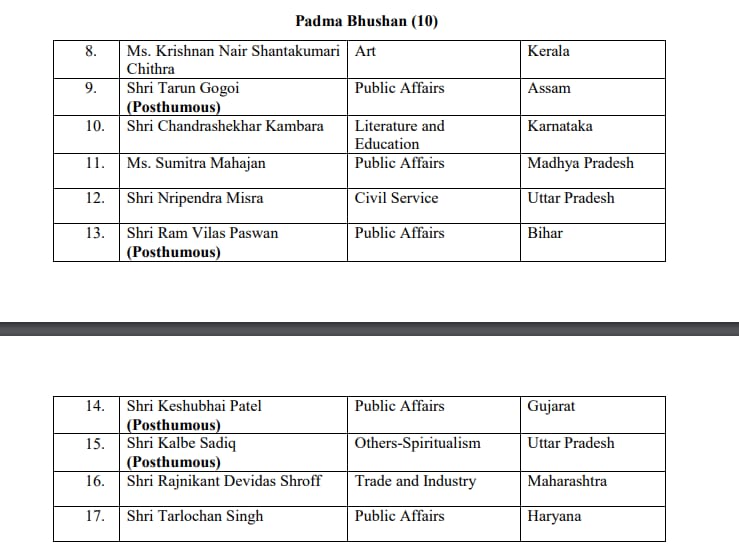 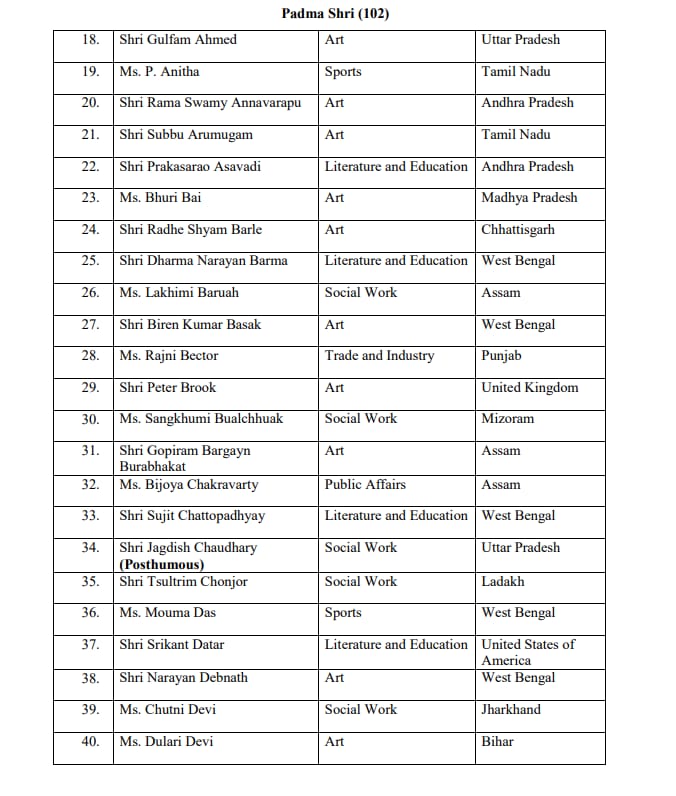 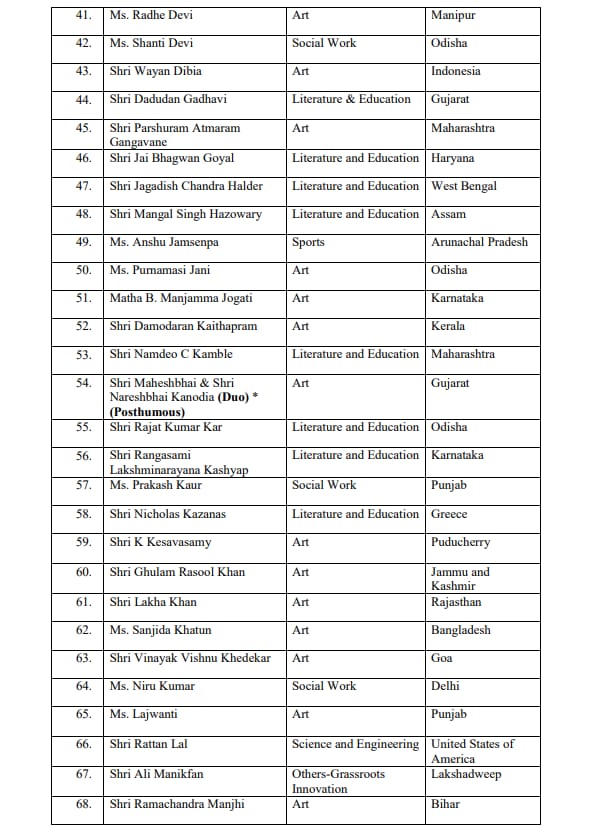 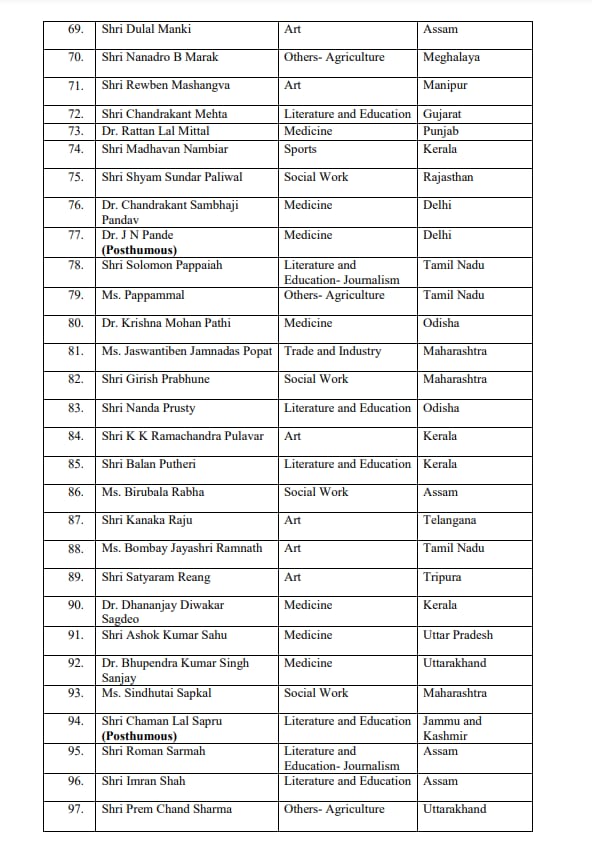 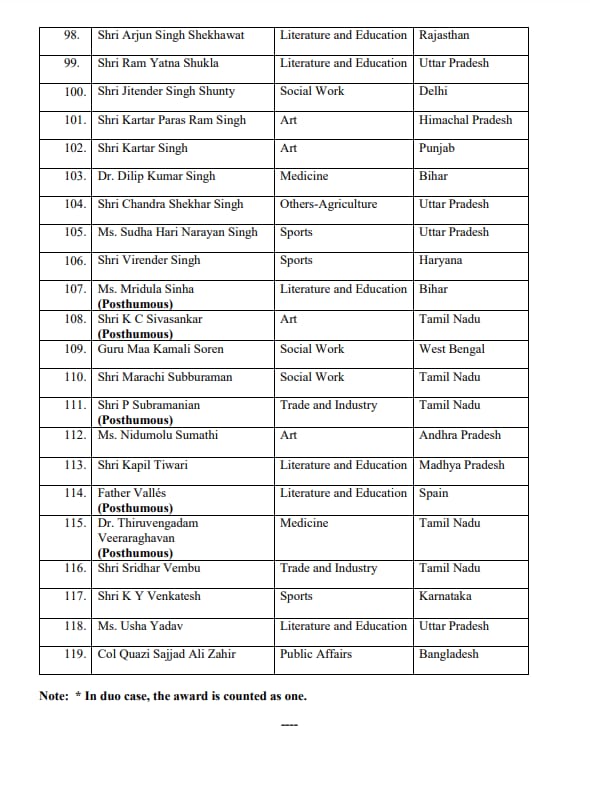