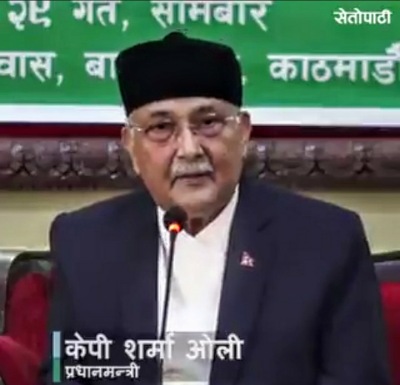 TNI Bureau: Nepal PM KP Sharma Oli, who is facing tough challenges at home, sought to provoke India to consolidate his position in his own country.

In a bizarre move, which could aggravate the strained relations between India and Nepal further, Oli made a controversial statement that Lord Ram is not from India and he is Nepalese.

Oli made this statement while addressing a program to mark the Birth Anniversary of Bhanubhakta Acharya.

Bilateral relations between India and Nepal reached an all-time low after Nepal amended its map by claiming Indian territory in the Lipulekh-Kalapani area as its own. Under the Chinese influence, Nepal has been provoking India over the last few months and testing India’s patience.