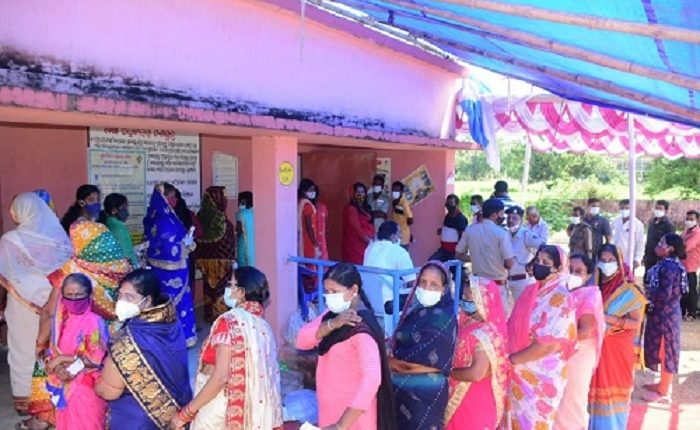 Insight Bureau: Who will win the Pipili bypolls? BJD or BJP? Will the BJD continue its victory march that continues unabated over the years? Can BJP pull off a thrilling win? People in Odisha are divided although political pundits want to put their bet on BJD.

The Congress is nowhere in the picture. They know they can’t even save their deposit. And, this is the bitter truth.

“A three-tier security has been at place at Penthakota for counting of votes. EVM counting will be held in two halls, and postal ballot counting in one hall. While three additional AROs have been appointed by the Election Commission for the counting, the process will be supervised by an Election Observer. Also various political parties Agents will be allowed inside the counting halls,” said the CEO.

Lohani further informed that, there will be a total of 14 tables for counting the votes. A counting assistant, a counting supervisor and a micro observer will be present at each counting table. While a total of 62 personnel have been appointed for the counting process, each candidate can also deploy one counting agent at each table.

As per the guidelines of the Election Commission of India, all people present at the counting centre have to be double vaccinated. Wearing face masks, sanitisation, and thermal scanning are mandatory.

The counting results will be captured in a camera and projected on a big display screen so that people don’t crowd the counting table. After counting, the votes of the VVPAT slips will be compared with that of the EVMs. The results will be published after every round on the official website of ECI results.eci.gov.in .