Odia Banker steps in to help Stranded Odias in Chennai 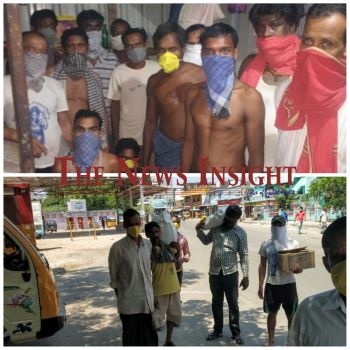 TNI Bureau: 48-year-old Odia Banker Siddharth Babu from Bolangir, who is currently based in Chennai, has been in the news of late for helping stranded labourers from Odisha in various parts of the country.

After receiving a message from BJP’s State General Secretary Bhrugu Baxipatra on Twitter, Siddhartha stepped in to help 15 Odia labourers from Godijhar village under Banpur PS in Khordha district. They were working under a Infra company. Food and ration have been delivered to them after Siddharth and his team contacted the authorities.

Siddharth is working with the CSB Bank, Chennai as National Head, Government and Institutional Banking. He had worked with SBI earlier and was also the Odisha Regional Head of Axis Bank till 2010.

This is not the first time Siddharth has come forward to help Odia migrant labourers in distress. He, with the help of some other Odias – Sanjeeb Nanda (Bhopal), Ramani Ranjan Nepak (Chennai) and Sudipta Ranjan Suar (Patnagarh) have formed a team on Social Media to respond to the distress calls and help the people in need.

They have so far helped over 1,000 stranded migrant Odia labourers in Tamil Nadu, Maharashtra, Haryana, Gujarat, Karnataka and Madhya Pradesh. Whether politicians from Western Odisha or other organisations, they now look up Siddharth for help whenever they get a distress call from the migrant labourers stranded in other States.