Not A Physiotherapist, But A Rape Accused! 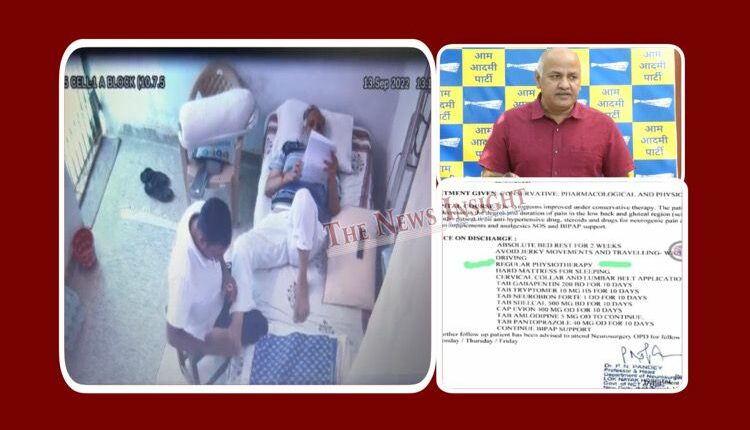 TNI Bureau:  When jailed Delhi Minister Satyendar Jain’s “massage video” from Tihar Jail, made it to the headlines, Deputy CM Manish Sisodia went berserk and targeted BJP and ED saying Jain was being given Physiotherapy as per the recommendations of the doctors due to his injury.

The latest revelations reported by national media suggest that the masseur providing massage to jailed Delhi Minister Satyendar Jain, has been identified as prisoner Rinku, a rape accused charged under POCSO Act.

If he is not a Physiotherapist, how was he allowed to give massage service to Satyendar Jain? Who allowed a rape accused to come closer to a sitting Minister in a high profile jail? A lot of questions remain unanswered.

The question here is not about who leaked the video to media and social media and whether its’ legal or not. The main issue is whether Satyendar Jain received Physiotherapy or relaxing massage with all kind of facilities.

With the latest reports identifying the “masseur” as a rape accused, it would put the AAP Government in Delhi on a back foot. Skeletons may tumble out of the closet sooner or later if there is a proper investigation.