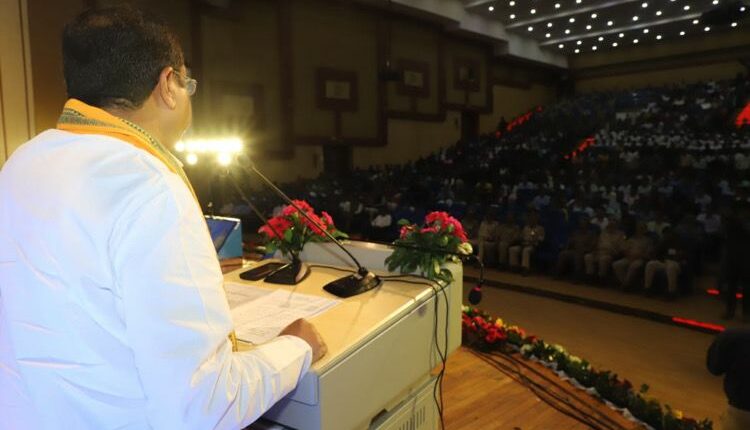 TNI Bureau: Union Education Minister Dharmendra Pradhan on Tuesday hits out at the BJD Government in Odisha over the farmers’ issues.

Speaking to media persons the Union Minister questioned the State Government to show the bank transaction of the farmers, who have got the subsidy.

Few questions asked by the Union Education Minister to the State Govt:

🔹When the State Government declared drought?

🔹How many farmers get the input subsidy?

🔹Can the Government identify a single farmer who receives the input subsidy?

🔹Farmers in Odisha were deprived of crop insurance due due to the inefficiency of the government.

🔹The people who looted the money of the poor farmers in Athagad are crying crocodile tears for the farmers in Western Odisha.

🔹Health services in Padmapur are in mess, but the Health Minister is going from village to village with money.

🔹Union Railway Minister Ashwini Vaishnaw cleared that the delay in Bargarh-Nuapada rail project is the fault of State Government.

🔹People cannot be cheated for a long time and they are getting the truth gradually.

Not A Physiotherapist, But A Rape Accused!