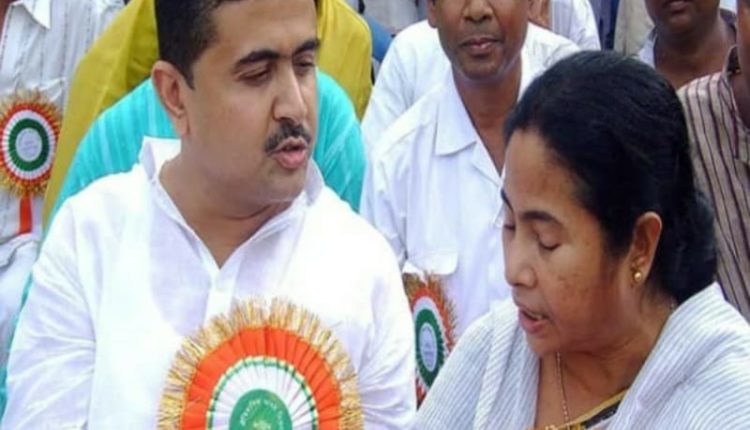 Ahead of the 2021 legislative assembly election in West Bengal, Trinamool Congress (TMC) Supremo and Chief Minister Mamata Banarjee made an announcement today. She said that she will be contesting elections from the Nandigram seat against ‘apostate’ TMC ex-MLA Suvendhu Adhikari.  After contesting elections from Bhawanipur for years, she decides to file  her nomination from two seats this year.

Mamata Banerjee was in Nandigram today after almost five years to address a rally. While addressing the rally, she openly supported agitating farmers and urged the Centre to take back the farm bills. She promised victory in upcoming elections and also took a jibe on Suvendhu Adhikari, who joined BJP last month in the presence of Home Minister Amit Shah following a rift with Mamta Banerjee’s nephew Abhishek Banerjee.

By announcing her candidature from the Nandigram seat, Mamta Banerjee has directly challenged the rebel MLA to fight against her. Suvendhu Adhikari had won the Nandigram seat in 2016 for TMC and played a big role in Mamta Banarjee’s landslide victory during the last election. He is a prominent leader in the district. While Mamata was addressing today’s rally, Adhikari organised a roadshow in Kolkata to campaign for Bhartiya Janta Party.

Following Adhikari’s exit from the party last month, The rivalry between them intensified. Adhikari’s younger brother Soumendu was removed as the administrator of Conai Municipality, and father Sisir Adhikari from the Chairman post of Digha Sankarpur Development Authority.