Pradipta, who is still undergoing treatment at the AIIMS, Bhubaneswar, has thanked all his fans, followers and well wishers for their love and wishes that he believes, kept him alive. 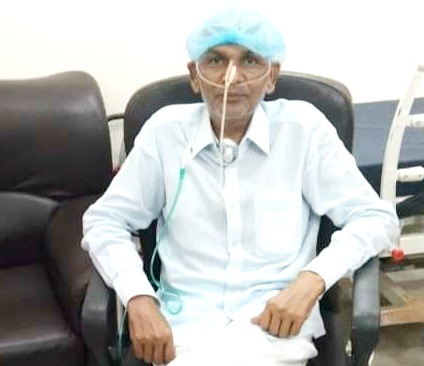 Insight Bureau: Senior BJP Leader and Leader of Opposition in Odisha Assembly, Pradipta Naik has come up with a long post on social media along with his latest photo, saying he is recovering fast and will be with people very soon.

Pradipta, who is still undergoing treatment at the AIIMS, Bhubaneswar, has thanked all his fans, followers and well wishers for their love and wishes that he believes, kept him alive.

Pradipta Naik also expressed gratitude to PM Modi who was in regular touch with the AIIMS during his treatment and also talked to his wife. He also thanked Union Minister Dharmendra Pradhan for his continuous support. He also thanked CM Naveen Patnaik for his concerns over his health.

Pradipta Naik offered sincere gratitude to all BJP leaders and karyakarts at the state and national level for firmly standing behind him during the crisis.

“I am fast recovering, thanks the blessings of Maa Manikeswari and Mahaprabhu Jagannath. I am unable to respond to the messages of the people due to my health conditions. But, I will continue to take up their cases with the State Governments through letters. I am eagerly waiting to meet everyone once I recover completely,” he wrote.

Pradipta Naik, four-time MLA from Bhawanipatna, had tested positive for Coronavirus and got admitted to AIIMS, Bhubaneswar on April 20. He was later shifted to ICU on April 26 and put on ventilator a few days later. He was given special ECMO treatment after his condition deteriorated. Doctors at AIIMS and SCB continuously monitored his treatment and health condition. He moved out of the ventilator in the second week of June.