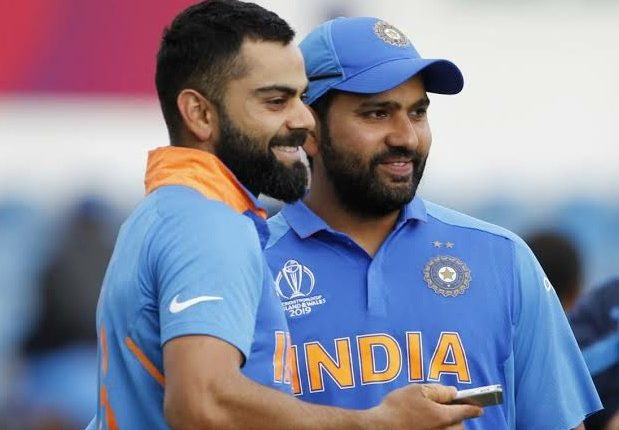 Insight Bureau: Like every year in the past, 2021 had a fair share of controversies. From the Sydney racism incident to Kohli’s unceremonious departure as white ball captain. As this year comes to an end, a look at all the massive controversies that affected Indian cricket and cricket fans around the world.

Probably, one of the most talked about controversies till now, between the two marquee players of Indian cricket. From Kohli resigning from T20I’s captaincy to being replaced as captain in the ODI format, this controversy has still not come to rest. Both of these players are integral to the Indian team setup and the onus lies on BCCI, as they have been heavily criticized for handling the situation badly.

Rohit Sharma was named India’s new ODI skipper last week and he takes the reins from Kohli as India gear up for the South Africa series.

There were reports of an alleged rift between Kohli and Rohit but the Indian Test skipper said there was no strain between him and Rohit.

Even if Virat Kohli clarifies everything in his pre-departure press conference ahead of South Africa tour on Wednesday in Mumbai, it is still unlikely to stop the drama which has been going on for last couple of months in Indian cricket. In many ways, it’s déjà vu.

The chaotic times of 2005 when Sourav Ganguly was sacked from captaincy and then head coach Greg Chappell was being (unfairly to an extent) painted as the only villain who was destroying the fabrics of Indian cricket. Then, it was the maturity and sensibility of the new captain Rahul Dravid who handled that tumultuous period with a lot of maturity and grace.

Incidentally, both Ganguly and Dravid are again in the picture, although not directly, but they could have played and can still play a far bigger role in dousing this unnecessary controversy. More than Dravid, who has just taken over as the new coach, one expected a little more from the Dada of Indian cricket. Ganguly himself had gone through all this what Kohli perhaps may be feeling now and yet on both occasions the role of the governing body which is BCCI hasn’t changed which is to remain a mute spectator when big ego clash seems to be happening in front of the public eyes.

Both Kohli and Rohit are superstars in the Indian team. As the latter was ruled out of the Tests in South Africa due to a left hamstring injury, some reports claimed Kohli would be absent in the three ODIs that would follow the Test series.

Former India captain and the current Hyderabad Cricket Association president Mohammad Azharuddin tweeted on Tuesday (December 14): “Virat Kohli has informed that he’s not available for the ODI series & Rohit Sharma is unavailable for the upcoming test. There is no harm in taking a break but the timing has to be better. This just substantiates speculation about the rift. Neither will be giving up the other form of cricket.”

Virat recently rubbished all the buzzes, and promised “absolute support and cooperation” to Rohit and head coach Rahul Dravid in white-ball cricket. He spoke about Rohit’s captaincy in glowing terms. “No problem between me and Rohit. I have grown tired explaining that over the last two-and-a-half years. Rohit is a very able captain. Tactically very sound.”

The day before, Rohit had also spoken about how he enjoyed playing under Kohli’s captaincy.